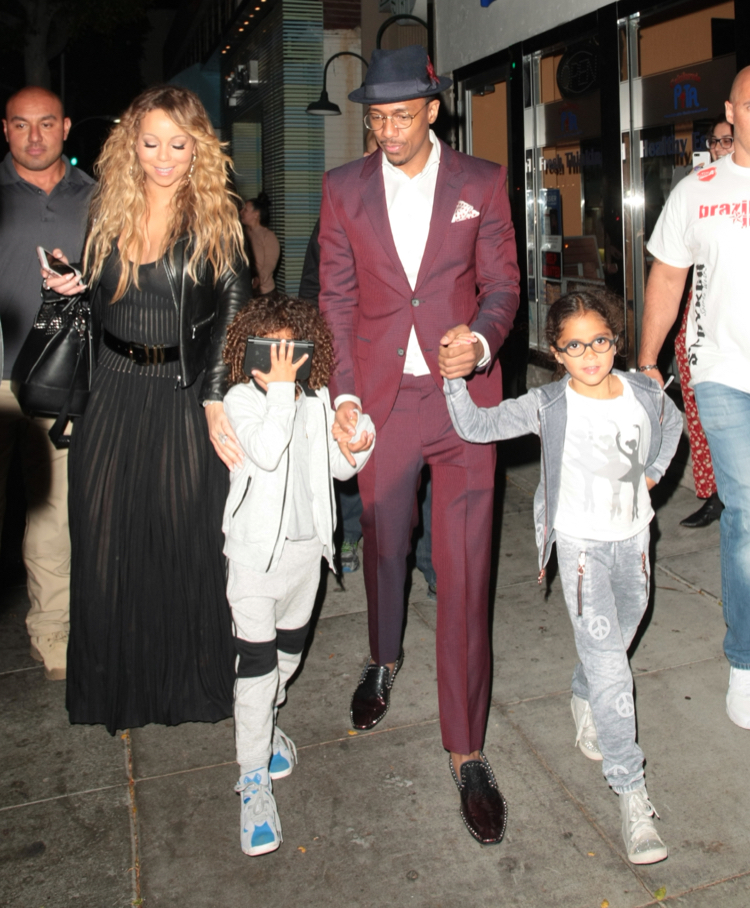 The singer was dressed up for the occasion in a long black dress paired with a matching leather jacket and pumps. Cannon looked dapper in a shiny red suit and fedora as he guided their kids from the restaurant.

Carey recently took to Instagram to share a video of her son proudly telling the camera that he had lost a tooth.


The former couple are open about their desire to co-parent their kids as best as possible.

“I think that’ll be something that we’ll always embrace as a family and as our families expand,” Cannon, who welcomed son Golden in February, told People. “It’s kinda the norm. It’s all rooted in love, it’s all rooted in positive energy. “There’s no hard feelings and ill will. Ultimately, it’s putting the kids first and making sure they have the best childhood they could possibly have.”

Carey and Cannon split in 2014, with their divorce becoming finalized last year.