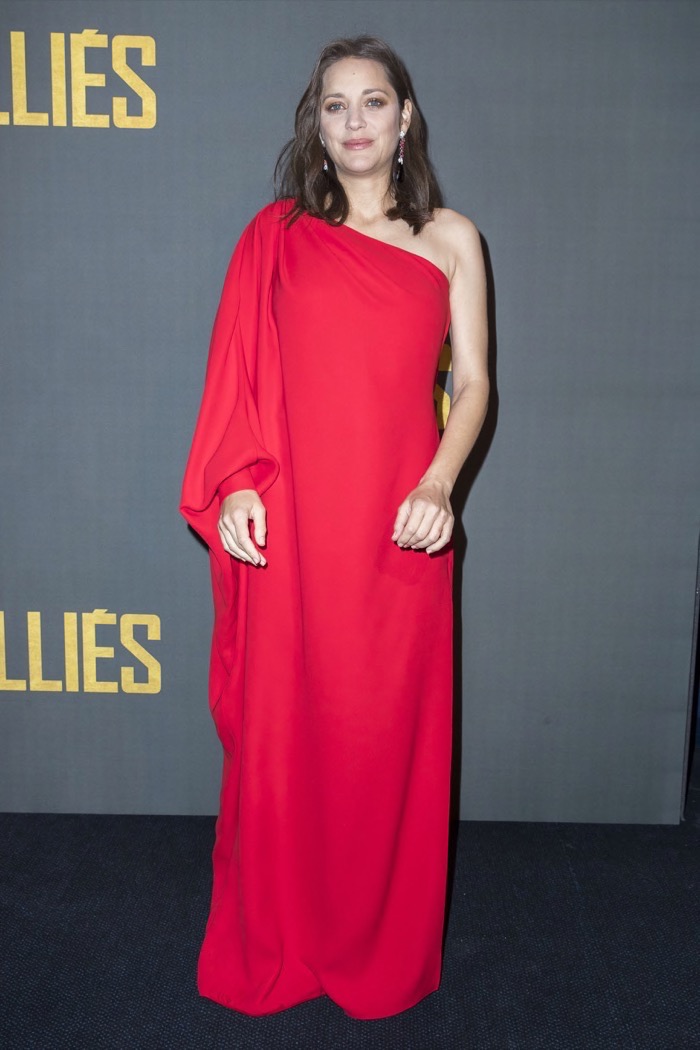 The pregnant actress dressed in a one-shoulder Dior dress that hid her growing baby bump. She posed for pictures alongside co-star Brad Pitt.

The star’s romantic thriller, Allied tells the story of an American intelligence officer who falls in love with a French Resistance fighter while on a mission in North Africa during WWII.