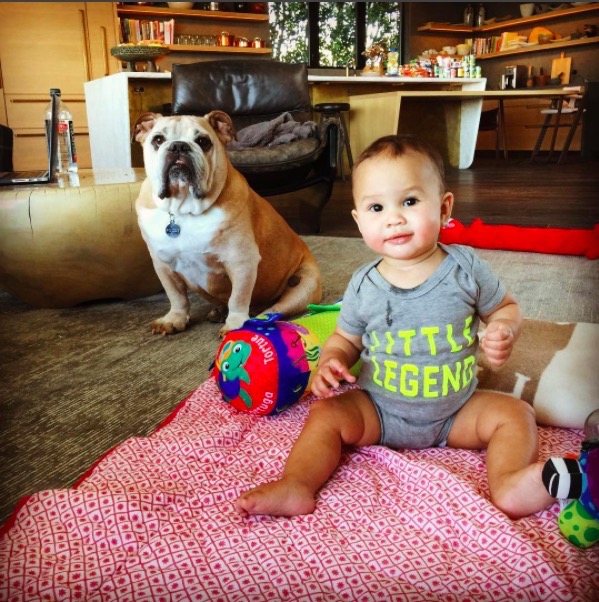 Chrissy Teigen took to Instagram to share a sweet shot of her and husband John Legend’s daughter, Luna, on Tuesday (Nov. 23).

In the shot, the baby girl looks at the camera with a half-smile as she sits next to their family dog while playing with a couple of toys.

“Lu and big bro!,“ the model captioned the shot of her ‘little legend’.

Teigen recently revealed that her bond with Legend has strengthened since welcoming Luna earlier this year.

“To be with somebody for so long — John and I were together for 10 years — you think you’ve seen every side of them,” Teigen told Today. “And seeing them with a child is definitely new and fun and different and it drives you crazy in some ways, but it’s really cool to see … It’s silly to say the ‘softer side’ to John because obviously he’s the most loving, sweetest, romantic person on the planet. But to see this with a little baby and a little someone who looks just like him and to see them together and to see her light up when she’s with him, is really cool because she’s just like, he can do no wrong.”

She added, “Whatever this father-daughter relationship is, it starts so quickly, because I thought they grew into being daddy’s girls. No, it was the second she came out.”

The Lip Sync Battle star and Legend married in 2013.

They tied the knot during an intimate ceremony in Lake Cuomo, Italy.

Do You Want to Build a Gingerbread Man Craft?