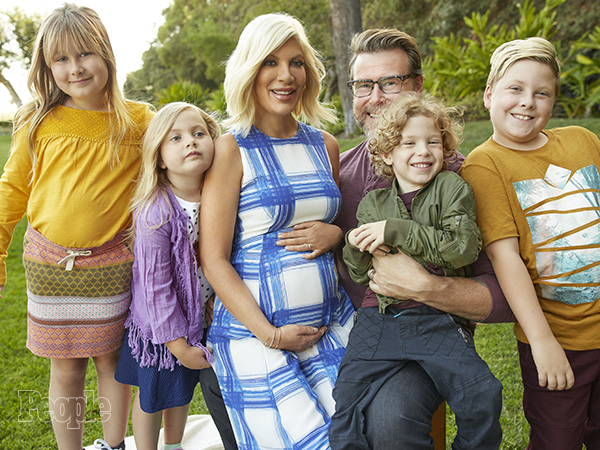 The former 90210 actress confirmed the happy news to People magazine.

“It was a total surprise,” Spelling told. “But we always wanted a big family. I’m really excited.”

The pair are already parents to Liam, Stella, Hattie, and Finn. McDermott also has an 18-year-old son, Jack, from his previous marriage.

“‘We just got Finn out of diapers; I thought we were in the clear!’ ,” she said with a laugh. “For the first time this year, they’re all in school. So it’s like, wow. We’re basically starting over.”

“This baby happened at the best time,” says Spelling. “Nothing is ever perfect, but I’m so madly in love with my husband and with our kids. The idea of adding to that is such a blessing.”

To read the full feature pick up this week’s issue of People.