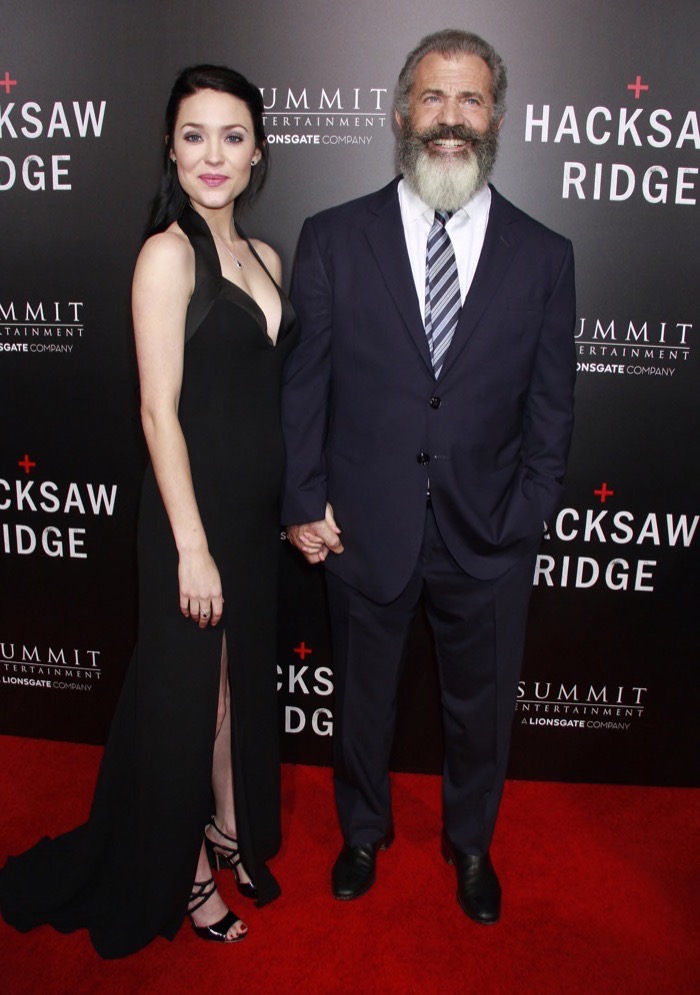 The director looked dapper in a navy suit and tie while holding his girlfriend’s hand. Ross glowed as she posed for pictures while wearing a long black gown that hid her growing baby bump.

In September, Gibson announced that he was expecting his ninth child early next year.

“What’s one more? I’m just there to catch,” the actor jokingly told Extra, “I’m too old to get nervous. I think my adrenals are worn out so I don’t even react anymore.”

This will be the first child for Ross.

They pair have been together for two years.