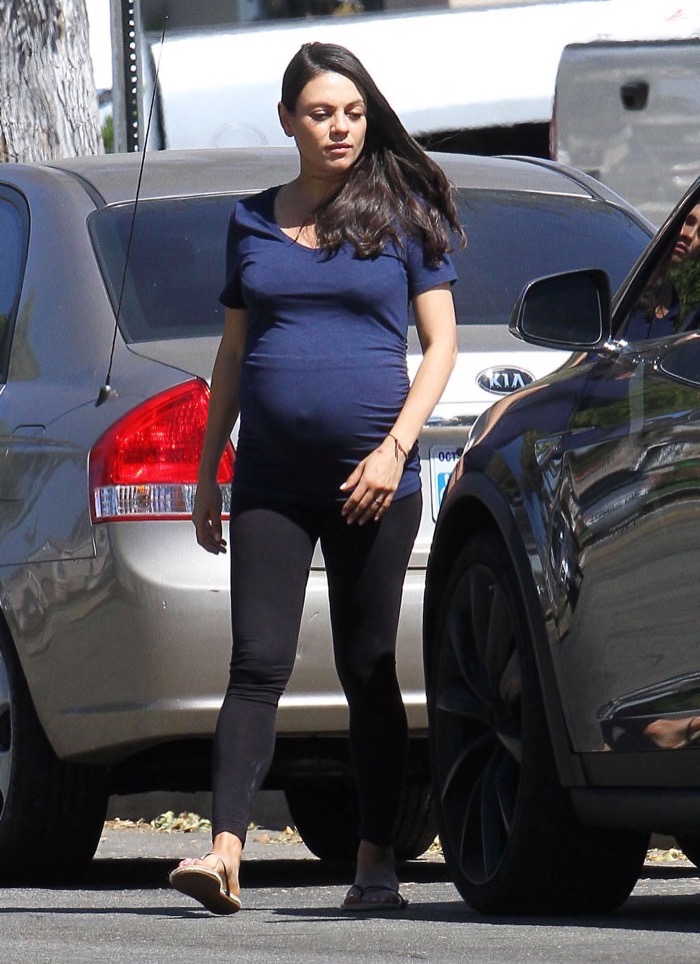 Mila Kunis was photographed out with her daughter Wyatt in Los Angeles, CA on Wednesday (Sept. 28).

The Bad Moms actress was dressed casually in a blue maternity top that showed off her baby bump and black tights with sandals. Once out of their car, she carried Wyatt’s tiny bag while holding her hand.

According a report, Kunis and her husband Ashton Kutcher are expecting a baby boy.

“Mila and Ashton couldn’t be happier,” an insider told Life & Style. “Even though they told everyone that they’d be happy with another girl, a son is what they were both really hoping for.”

“Ashton’s mom sent over a blue blanket and some blue onesies,” the source added.

Their daughter Wyatt will turn 2 years old on Oct. 1st

Kunis and Kutcher tied the knot in 2015.