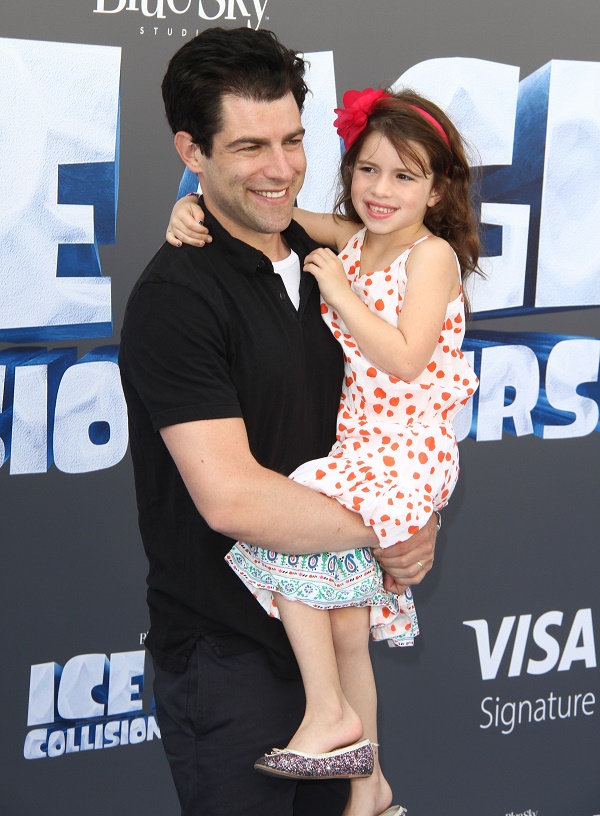 Max Greenfield had the prettiest date at the ‘Ice Age: Collision Course’ premiere in Los Angeles this weekend.  The ‘New Girl’ actor walked the red carpet at The Zanuck Theater in Century City, California on July 16 with his adorable 6 year old daughter Lily Greenfield.  Of course, Lily was more than happy to support her dad’s latest project, and get a front row seat at one of the most anticipated kids’ movies of 2016.

Max Greenfield is well known for his role as Schmidt on the FOX sitcom ‘New Girl,’ with Zooey Deschanel.  The first half of ‘New Girl,’ Schmidt was a total player and living the bachelor life.  In real life, Max Greenfield is quite the opposite.  Max has been happily married to his wife Tess Sanchez since 2008, and the couple have two adorable children, 6 year old Lily and her baby brother Ozzie.

Earlier this year Max Greenfield sat down with People Magazine for an exclusive interview, and he raved about his adorable daughter Lily.  The proud dad revealed that Lily is an amazing big sister to baby Ozzie, and he jokingly dished that sometimes Lily is better with her baby brother than he or his wife is.

Max also went on to reveal that little Lily is following in her father’s footsteps and she has caught a bit of the acting bug.  He bragged about his 6 year old, “She’s a little bit of a performer.  She was in Mary Poppins recently and she played Mary Poppins, and she was Ms. Hannigan in Annie.”