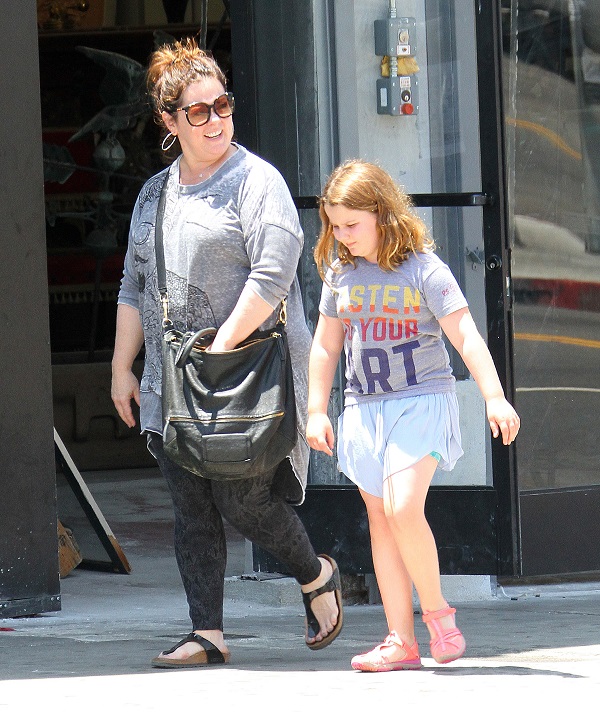 ‘Ghostbusters’ star Melissa McCarthy spent some one-on-one time with her daughter Vivian Falcone this weekend.  Melissa and Vivian (9 years old) were spotted shopping together on Saturday July 16 in Los Angeles, California.  What a cute mother and daughter day!

Melissa McCarthy was all smiles as Vivian trotted next to her mom, Melissa paid for her parking and then the duo made their way in to a store together.  It appears that Vivian’s little sister Georgette Falcone (6 years old) sat this shopping spree out.

Melissa McCarthy has been hard at work this summer promoting her new film (which is currently in theaters) Ghostbusters.  Plus, she and her husband Ben Falcone, Georgette and Vivian’s dad, have been working on a new project together called “Life Of The Party.”  It was just announced this week that the new film, which the husband and wife co-wrote the script for, has been given a Summer 2018 release date by Warner Bros.  Of course, Melissa McCarthy will star in the movie while her hubby Ben directs, talk about a family affair!

Melissa McCarthy’s impressive weight loss continues to wow us.  It’s great to see her out and about with her kids, and taking good care of herself.  The hilarious actress seems to be much more active, and spending a ton of time outside this summer with Georgette and Vivian.  We’re sure her little girls are just as proud of their mom’s healthy new lifestyle as her fans are!