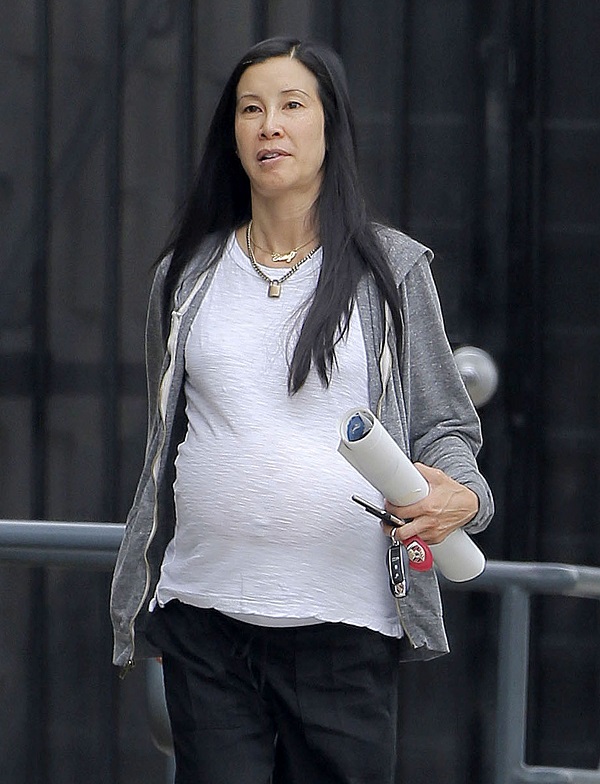 Pregnant Lisa Ling was spotted out and about in Santa Monica, California on Thursday June 2.  The pregnant journalist’s baby bump was on full display, she was dressed casually and comfortably to do a little bit of shopping.  This is Lisa’s second child with husband Paul Song, she’s expected to give birth to baby number two later this summer.

42 year old Lisa Ling boasts an impressive resume, she recently added the role of “mommy” to her lengthy list of gigs.  A former co-host of ABC’s ‘The View,‘ Lisa has her own news show on CNN titled, ‘This Is Life With Lisa Ling.’  The busy mom also has moonlit as a correspondent on Oprah Winfrey’s OWN Network.

Lisa Ling and Paul song announced they were engaged to be married in 2007.  Their first child, daughter, Jett Ling Song was born in March 2013, Lisa was open about her struggles to conceive and she suffered from two miscarriages before baby Jett was born.  In 2016 Lisa announced that she was pregnant with baby number two.

After the birth of Jett, Lisa opened up about juggling her busy work schedule and motherhood in an exclusive interview with Today’s Parent.  The journalist dished, “It’s incredibly difficult. I think the idea that women can have it all is an impossible notion. Any mother who works has moments of guilt because they are not with their baby all the time. Every time I walk out of the door, it kills me—every time. I miss her. More than I ever miss anyone, more than I knew I could miss anyone.”