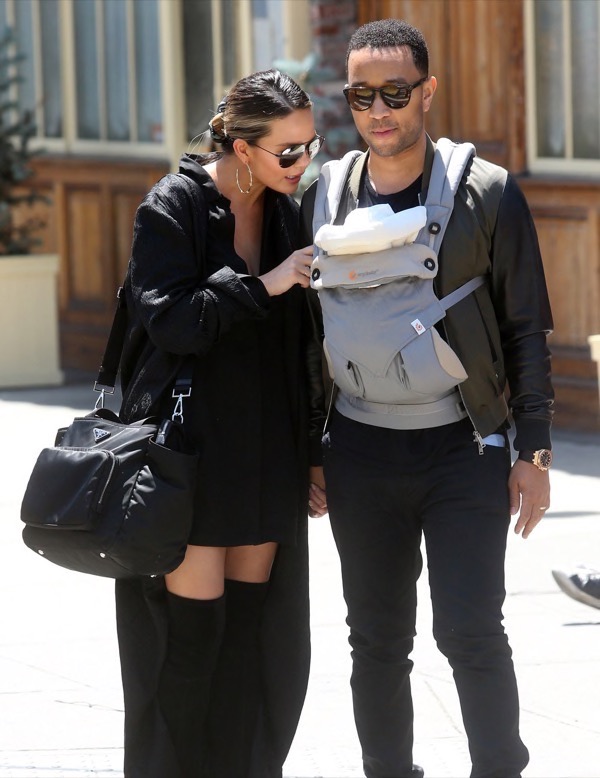 John Legend and his wife Chrissy Teigen were spotted taking a stroll with their daughter Luna in New York City, New York on Monday (May 16).

The singer was dressed in a leather jacket and black jeans while baby-wearing Luna.  The model wore a black coat and loose-fitting dress with over-the-knee boots while she stopped to dote on her baby girl.

Later in the day, Teigen posted a picture of them walking to show off her love of of Legend.

The new parents married in September 2013 and welcomed their daughter on April 16.

Kitchen Fun With Kids: Guide to Teaching Your Child to Cook