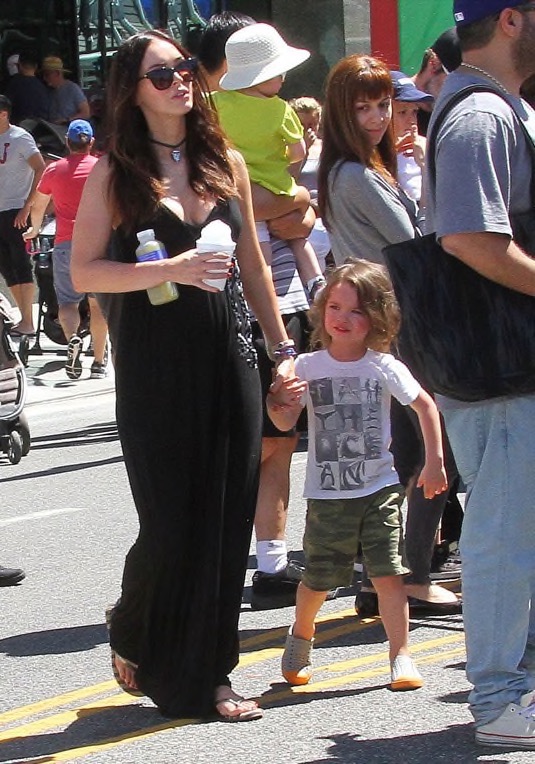 The Teenage Mutant Ninja Turtles actress was dressed in a flowing black maxi dress that showed off her tiny baby bump. She enjoyed a snow cone before walking around the market with her family.

On Friday, Green admitted the pregnancy wasn’t planned, but he couldn’t be happier.

“You know, nothing is planned,” he told People at the Toyota Grand Prix of Long Beach Celebrity Race on Friday. “None of them are ever planned. You kind of just go with it.”

Fox and Green are in the midst of divorce and rumor has it they’re renting a house, but are not getting back together as a married couple.

‘The Young and The Restless’ News: “Y&R” Alum Scott Elrod and Girlfriend Gears up for Baby Shower