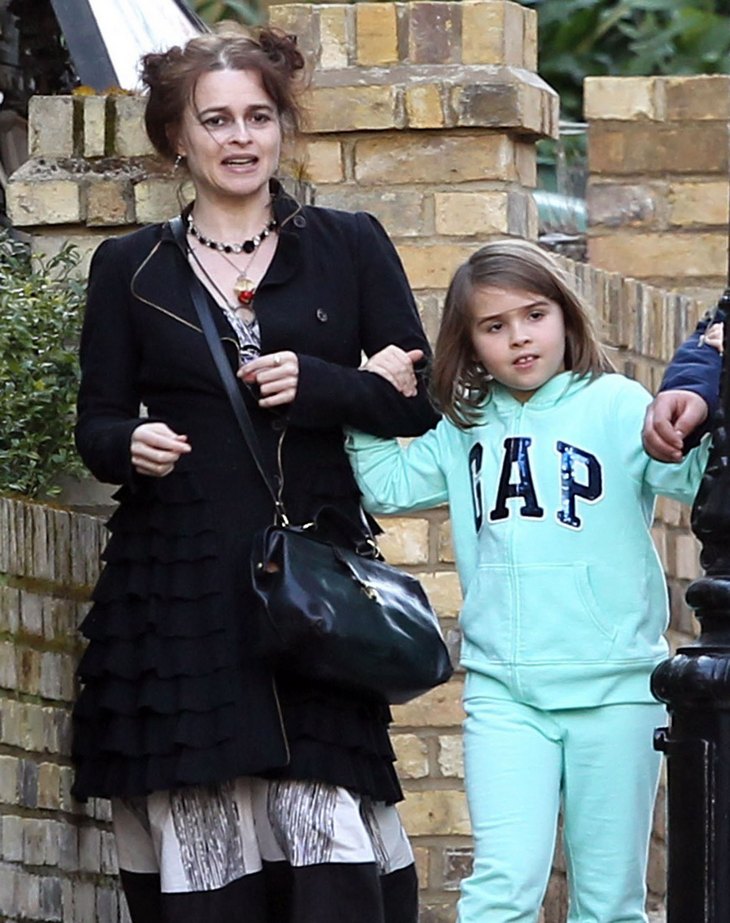 It was a nice little reunion for Helena Bonham Carter and Brad Pitt yesterday. Helena and her daughter Nell visited the ‘Five Seconds of Silence’ set, catching up with old friends.

Helena Bonham Carter and Brad Pitt shared the silver screen in ‘Fight Club’ way back in 1999. It looks like the two are still pretty good friends. Helena and Nell visited with other cast members and crew while out in Hampstead Heath. The celebrity mom and her adorable daughter stopped to chat with various friends and Helena was spotted waving at several others.

‘Five Second Silence’ is a spy drama that stars Brad Pitt and Marion Cotillard. Pitt plays an Allied counter-intelligence agent who falls in love during his North African mission. It looks super interesting!

Fun Fact – Helena also starred in ‘Big Fish’ with Marion, so perhaps she stumbled on set to visit everyone. Of course, Carter was rocking her usual quirky and eccentric style. This sighting also follows the debut of the trailer for ‘Alice Through the Looking Glass,’ which was trending on social media outlets for several days. Helena Bonham Carter plays the ever-demanding Red Queen.

The ‘Harry Potter’ alum also spoke about co-parenting and her relationship with her ex-husband, Tim Burton. The talented actress told Red magazine, “Our relationship was always somewhat special, and I think it’ll always remain special. We did find each other. And really, the mark of a successful relationship shouldn’t be whether you’re there forever after. Sometimes you’re not meant to be forever together.”

What do you think of Helena Bonham Carter’s visit on the set of ‘Five Second Silence’? Did she stumble upon her old friends or was she there for a visit? Let us know your thoughts in the comment section below.