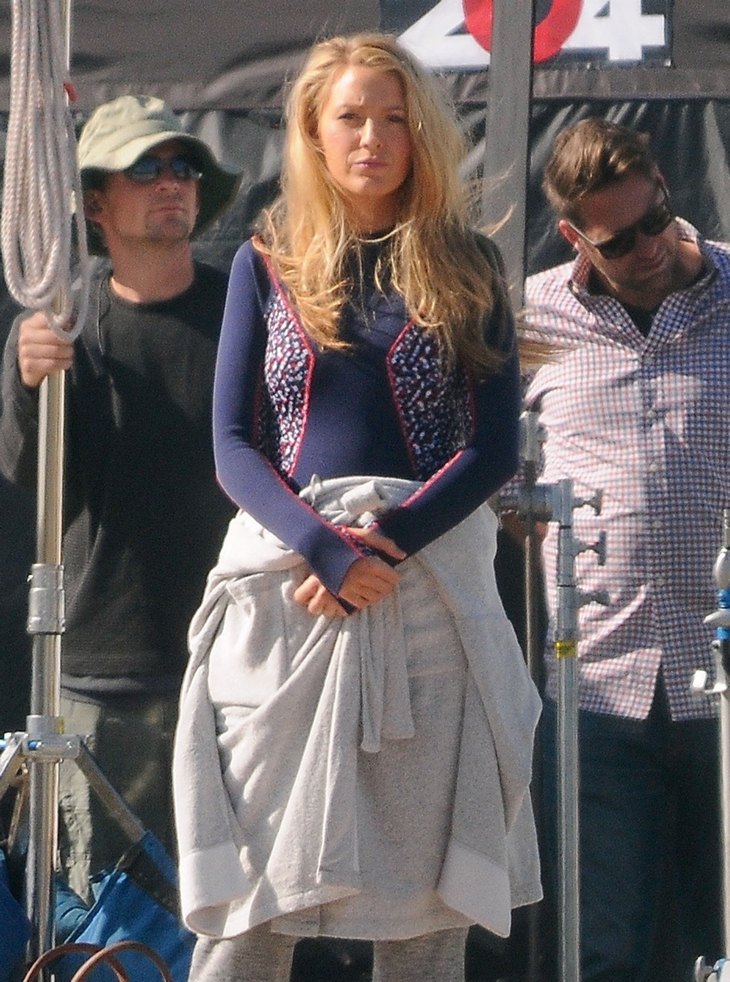 Another round of congratulations might be in order! Blake Lively is reportedly pregnant with her second child. Ryan Reynolds hasn’t been shy in his desire to have a big family, so it looks like the celebrity couple isn’t wasting any time.

An official confirmation hasn’t been announced, but People reports that an impeccable source assures the mag that Blake is indeed pregnant and will make her baby bump debut at the the upcoming Met Gala on May 2. “Blake is absolutely thrilled and so is Ryan,” the insider dished.

This follows rumors and whispers the ‘Gossip Girl’ star was hiding a baby bump while filming ‘The Shallows’ in mid-February. Lively wore a giant fluffy robe and kept a towel tied around her waist as looming photographers noted her attempts to hide her midsection with surfboards and towels while shooting scenes for the upcoming film.

Blake and Ryan welcomed a baby girl, James Reynolds, on December 16, 2014, and Ryan Reynolds hasn’t been shy in his desire to have more kids. “We’d love to have a big family. We both come from big families—my parents did four, Blake’s did five. A lot of people say it’s crazy, but we’ll only know when we’re there, you know?” the ‘Deadpool’ actor told Details magazine. “We’ll walk through that fire pretty happily, I think.”

How many more kids will Blake Lively and Ryan Reynolds have? That’s not clear, but a source revelead to E! News, “They are very excited. Blake always wanted two or three kids.” Will baby number 2 be the last for Lively and Reynolds? Let us know what you think in the comment section below. Or, share your funniest stories about big family situations in the comment section.