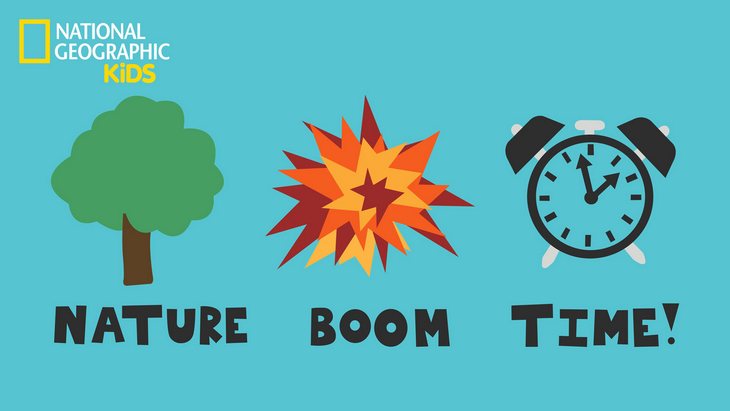 National Geographic is making sure the next generation of kids will grow up to be nature-lovers. Nat Geo Wild created a Kids’ Block that brings 2-hours of quality programming that is both educational and fun. As part of the time that ignites an eagerness to learn about the world around them, a new series, Nature Boom Time, was created by Charlie Engelman.

National Geographic is making sure the next generation of kids will grow up to be nature-lovers. Nat Geo Wild created a Kids’ Block of television programming that brings 2-hours of quality shows that are both educational and fun. As part of the time that ignites a passion for science and nature, ‘Nature Boom Time’ has a goal of getting kids amped up about discovering the world around them. 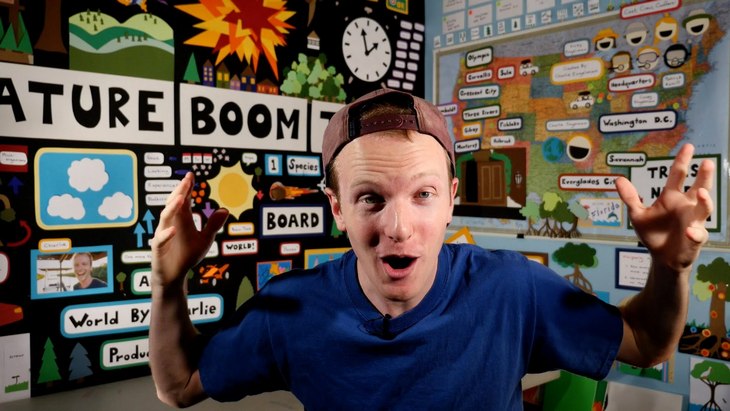 Charlie Engelman is the Executive Producer, Director, Editor, Writer, and Host of ‘Nature Boom Time.’ The show came to fruition after Charlie beat out 700 competitors to win a $50,000 grant from National Geographic to take a road trip that explored America’s forests. From there, Charlie, his sister Kirby, and best friend Patrick created a show that began a web-series. It quickly grew into television project that gets kids excited about nature.

I watched an episode and was instantly hooked. Kirby creates fun little dioramas that are brought to life with clever editing and filming tricks. It captured my attention and made science, concepts, and facts easier to understand. The use of the paper creations bring a fresh dynamic to the show, which was welcomed by my pre-school aged daughter, Ava, but would easily translate to the older crowd.

Thanks to National Geographic and the man behind ‘Nature Boom Time,’ I had the chance to speak with Charlie Engelman. His excitement is clear in his voice, and it makes you want to listen to him and see what it is that he sees in learning. “A very important part of the show is the creative approach and aspect by explaining all the science to it with intricate pieces of paper made into dioramas,” Charlie noted.

I love how Charlie embraced his budget limitations and found a way to succeed with the help of his family. Parts of the show were filmed and Engelman’s family home. His sister, Kirby, traveled with her big brother and helped create the paper diorama pieces, and even the audio was done in a closet in his parent’s home! “Everyone kinda pitched in and it made it even more fun!” Charlie explained. 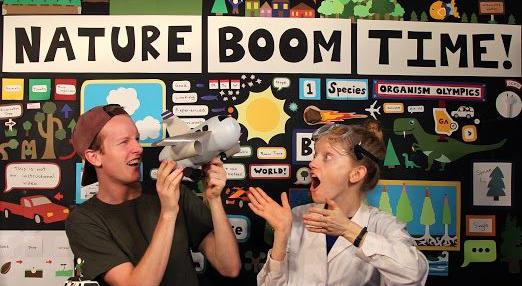 Charlie’s real passion is clearly in inspiring viewers. He made sure to underline the fact that he hopes ‘Nature Boom Time’ can “inspire people to be enthusiastic about nature.” Engelman makes a great point stating, “Seemingly simple things like trees can really be fascinating when you approach them from a scientific perspective.”

That can be quite a challenge, but Charlie pulls it off. His own excitement and enthusiasm is infectious and great for children’s programming. You can catch ‘Nature Boom Time’ on Nat Geo Wild’s Kids Block 7-9 a.m., on demand, and online at the Nat Geo Kids website. During the series, you and your kids can explore forests, including an underwater kelp forest, on an adventure that covers America from California to Washington D.C.

The future of ‘Nature Boom Time’ will likely be great! Charlie Engelman hopes to take it a step further to create a 30-minute series that continues exploring the world. Make sure you tune in to watch the show evolve and inspire you and your family.