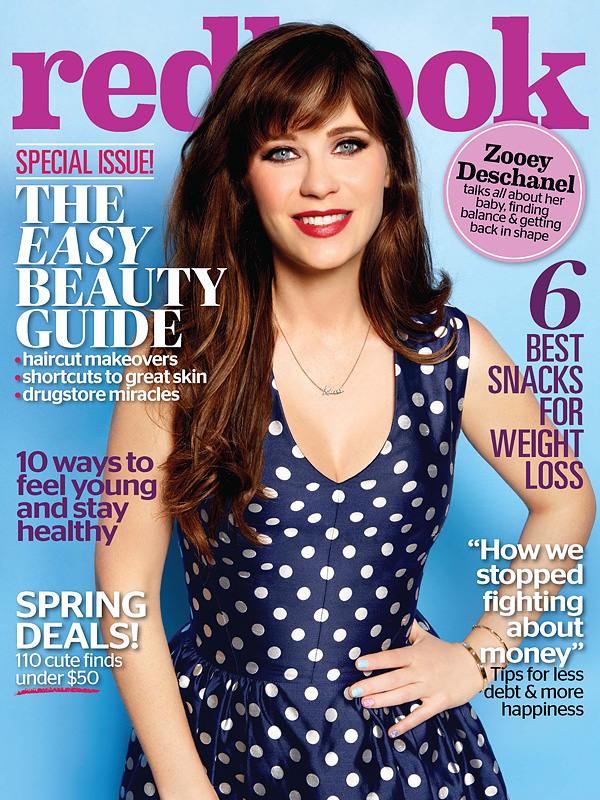 Zooey Deschanel covers the May issue of Redbook magazine while opening up about giving birth to her daughter Elsie Otter in July and how she has changed as a person.

“I’ve never really felt like an adult,” the new mom says.“But I think it’s a huge accomplishment to have a child so maybe I feel like an adult for that reason!”

Deschanel who is married to Jacob Pechenik says since giving birth her focus has shifted both to herself and her growing family.

“I think it’s good for your whole self — your creative self, your professional self, and just your soul — to take a little time for yourself and your family,” she explains. “You can spend your whole life going after things, but I think you risk missing out on some really powerful self-reflection.”

The Good Girl actress says she didn’t worry about losing the baby weight after giving birth and that moms have plenty of reasons to take their time.

“To expect someone to look like her pre-baby self immediately is odd,” she says. “Because you just grew a human and then birthed that human — there’s a lot that needs to go back to where it was. All your organs move around, for Christ’s sake!”

To read the full cover story pick up the magazine on newsstands now.