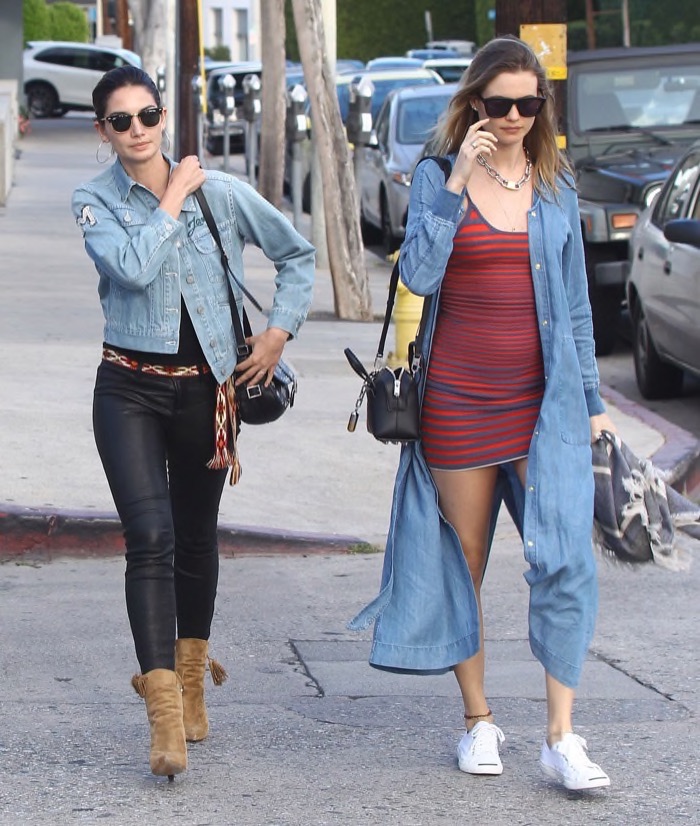 Behati Prinsloo was spotted enjoying a shopping day with Lily Aldridge in West Hollywood, CA on Wednesday (March 30).
The pregnant model wore a fitted striped dress that showed off a tiny bump with a long jean cardigan and sneakers. She walked next to her fellow model as they made way to meet up for lunch with Rosie Huntington-Whiteley.
It was revealed earlier in the month that Prinsloo and her husband singer Adam Levine are expecting their first child.
The couple have yet to officially confirm the news, but the Namibian-born model hinted about the happy news via Instagram on Wednesday.

She is believed to be three to four months along in her pregnancy.
Prinsloo and Levine married in July 2014.
Image Credit: Fame/Flynet
Continue Reading