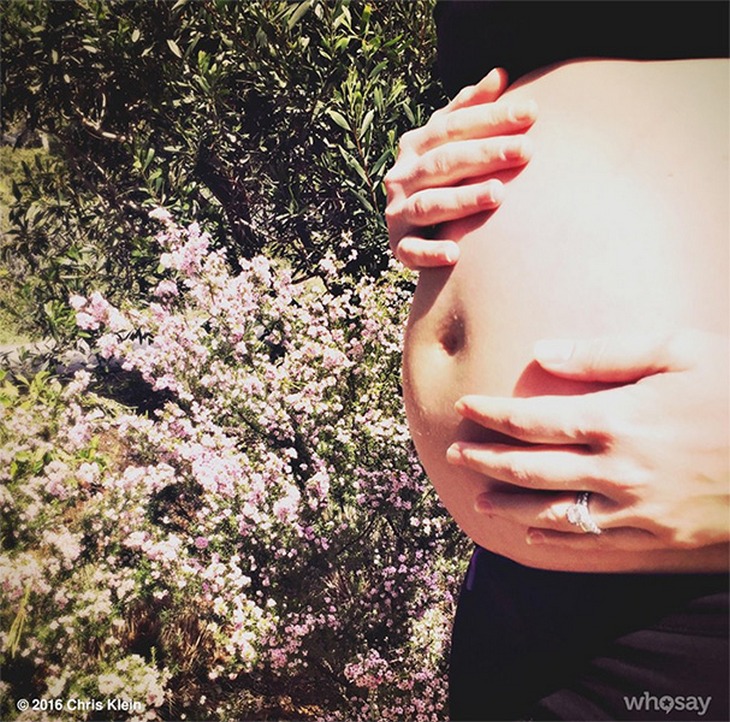 Chris Klein and his wife, Laina, announced her pregnancy with a super-sweet message. The ‘American Pie’ alum shared an image of Laina holding her growing baby bump with a tender message.

Related: Liv Tyler Confirms Her Third Pregnancy – Will Steven Tyler Be In The Delivery Room Again?

Using Twitter, Klein shared the news with a simple and sweet caption reading, “My beautiful wife Laina and I are expecting our first child. 23 weeks along. Gratefully blessed on my 37th B-Day.” Aw! How sweet is this guy and what a great way to spend your birthday!

The teen movie actor married Laina, a travel agent, last August. The couple wed in Montana on a beautiful summer day. It was Chris’ second engagement. Klein was engaged to Katie Holmes, but the celebrity couple split after 5 years in 2005. The actor spoke fondly of his past relationship telling People, “Katie and I were on a journey together. I was the actor who played Oz in American Pie and she was the actress who played Joey Potter in Dawson’s Creek; we were like prom king and queen.

However, as the two young celebrities grew, they realized their relationship was not what they hoped it would be. “We had a similar upbringing and we were going through the same experience,” Chris explained. “As the teenage craze came to an end, we found that our relationship was changing as well. From my side, there was a lot of denial and fear about the future. It ended as amicably as these things can end.”

It’s funny how things can change with time. But, the couple looks happy and ready to start a family now! Congratulations!!!