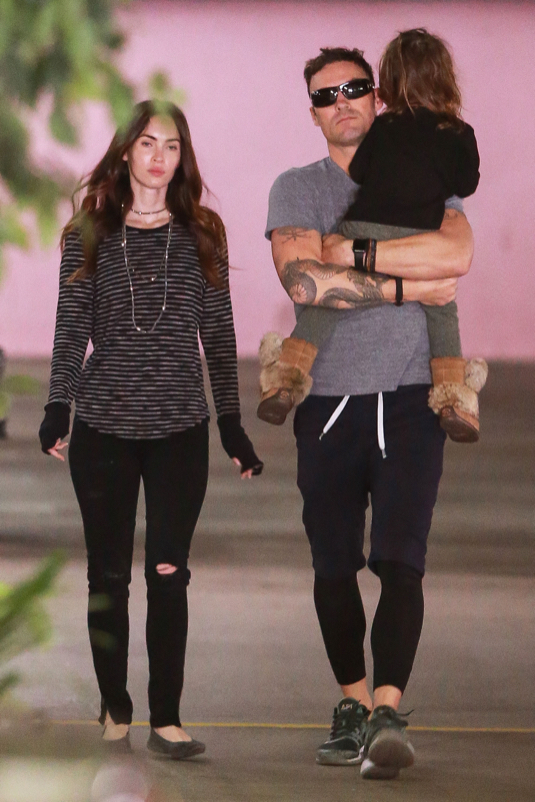 Megan Fox and Brian Austin Green were photographed taking their son Noah to a hospital in Los Angeles on Thursday (Jan. 21).

The Teenage Mutant Ninja Turtles actress was dressed in a stripped sweater with skinny jeans and flats. She walked besides Green who carried the youngster in his arms.

In August, news broke of the couple’s split.

Both filed documents for divorce, citing “irreconcilable differences” and requests for joint custody of their two children – Noah & Bodhi.

In other news, Fox is currently starring in the fifth season of Fox’s comedy New Girl.

Josh Duhamel Picks Up Daddy Duties While Fergie is in Paris