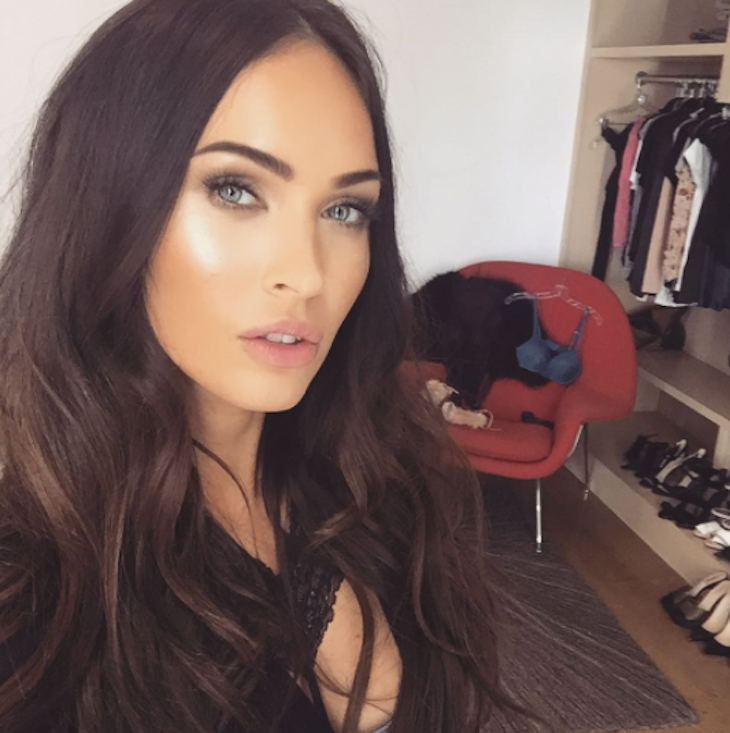 Megan Fox is often considered one of the sexiest women in Hollywood, but even she has hang ups about her body. In fact, the Hollywood actress recently admitted that she worked very hard to get her body back after giving birth to her third child, 13-month-old Journey River.

Megan also has two other children with husband Brian Austin Green – 5-year-old Noah Shannon and 3-year-old Bodhi Ransom. Speaking to Extra, the celebrity mother-of-three said that she struggled to get back into her pre-pregnancy jeans, most like the rest of us. And as you can imagine, Megan didn’t enjoy any moment of it. But she knew she has to get the job done, especially since she is now the face – and body – of Frederick’s of Hollywood’s fall lingerie campaign.

She said, “I worked out really hard. This time, it was a struggle for me. There was a lot of walks and very long runs. It was awful.”

What’s more, Megan also admitted that with three children to take care of, she sometimes finds it hard to fit in a workout between her busy home life and her career. “I haven’t slept in almost a year. There’s not one night that I have slept through the night,” Fox said. “I’m still breastfeeding and [Journey] wakes up all the time, and then the other two come and wake me up and get in bed also.”

And despite having a full schedule, Brian recently admitted that he would love to have another child in the future, and hopefully a baby girl, too. He told fans during a Facebook Live chat that with four sons (including his 15-year-old son Kassius from a previous relationship) a daughter would be a great change. Here’s hoping Megan is on board with her husband’s plans!

Jessica Alba’s Daughter Honor and Haven Head Back to School!