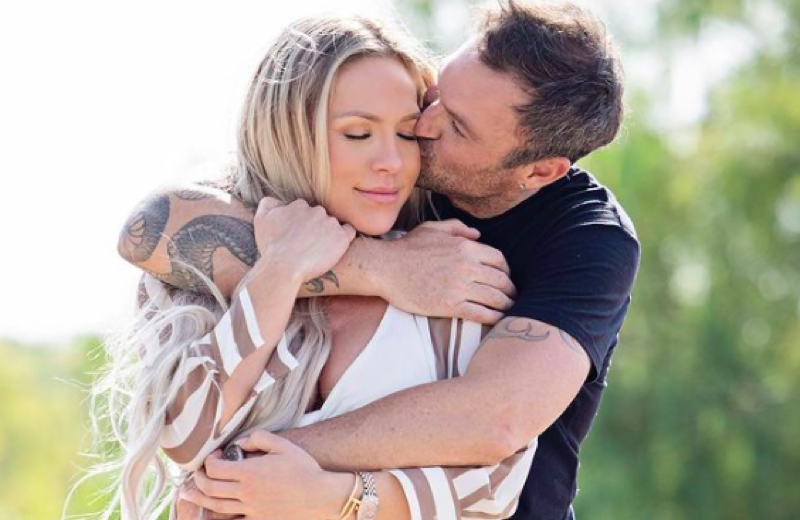 The baby is finally here! Brian Austin Green is now a father of five!

Beverly Hills 90210 actor has just welcomed a baby boy into the world with his girlfriend Sharna Burgess. Green and Burgess met when she was his dance partner on Dancing With the Stars. The couple revealed the exciting news on Thursday evening, June 30 by posting a photo on their social media pages and it was extremely adorable.

The Couple Announced The Arrival Of Their Son 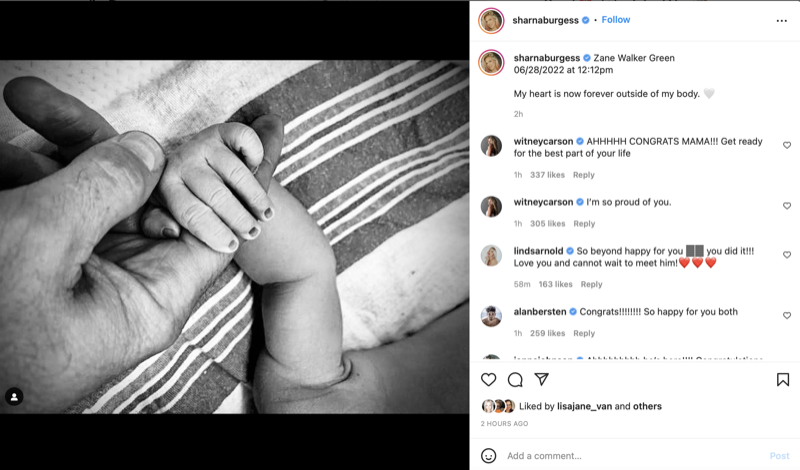 Green is an American actor, producer, and former rapper, best known for the portrayal of the role of David Silver on the television series Beverly Hills, 90210 from 1990 – 2000. Green was also a series regular on Terminator: The Sarah Connor Chronicles, Freddie, Wedding Band, and Anger Management. His previous relationships include his dating former 90210 co-star Tiffani Thiessen from 1992 – 1995 and Vanessa Marcil (Brenda Barrett, General Hospital) from 1999 – 2003. They met on the set of the series and got engaged in July 2001, they had planned a wedding but ended their relationship before it could happen. They have a son, Kassius Lijah Marcil-Green.

Green also dated Megan Fox whom he first met on the set of Hope & Faith. They too got engaged and got married in June 2010. They have three sons; Noah, Bodhi, and Journey. They got divorced in 2015 and reconciled in 2016. They got divorced again in October 2021. Green has been dating professional dancer Sharna Burgess since October 2020. It was in February that they announced they were expecting their first child together.

We wish to congratulate Burgess and Green on their first child together and Green on having welcomed his fifth child into the world. We are very excited for them and we are sure they are extremely excited about the journeys ahead.