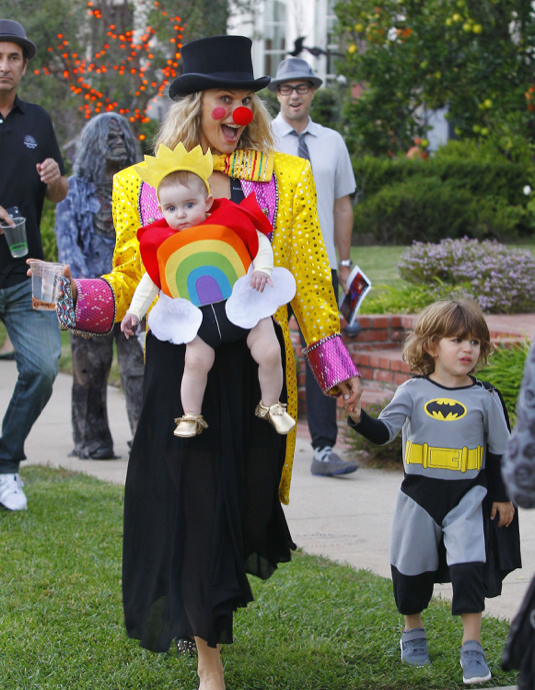 Molly Sims took her children Brooks and Scarlett trick-or-treating around their neighborhood in Los Angeles, CA on Saturday (Oct. 31).

The actress was all smiles dressed as a clown while she baby wore Scartlett who was disguised as a rainbow. Brooks went as Batman.

Sims recently revealed that she gained 85 pounds during her first pregnancy because of an undiagnosed thyroid problem.

“No one tells you what’s going to happen,” she told People. “With my first pregnancy, I ended up gaining 85 pounds and had a bad thyroid problem that no one diagnosed throughout the whole pregnancy until four months later.”

The model is married to Scott Stuber. The couple tied the knot in 2011.