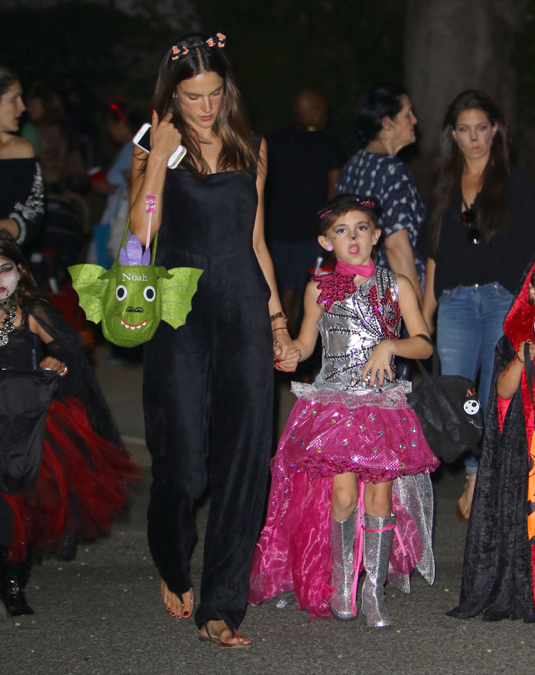 Alessandra Ambrosio and her husband Jamie Mazur were seen taking their children Anja and Noah trick-or-treating in Los Angeles, CA on Saturday (Oct. 31).
The Victoria’s Secret model was dressed as a Halloween cat in a black jumper and a head band with ears attached. Anja was dressed as a Monster High character while her brother was dressed as Marshall from Paw Patrol.
Ambrosio got into the Halloween spirit early this year. On Friday, she dressed as Red Ridding Hood on a shopping day out with her son.

“It fees like Halloween #happyhalloween #funwithmykids,” she captioned a shot of herself and Noah in their car donning costumes.

After trick-or-treating with her kids, Ambrosio hosted a Halloween party at 1oak in Los Angeles.