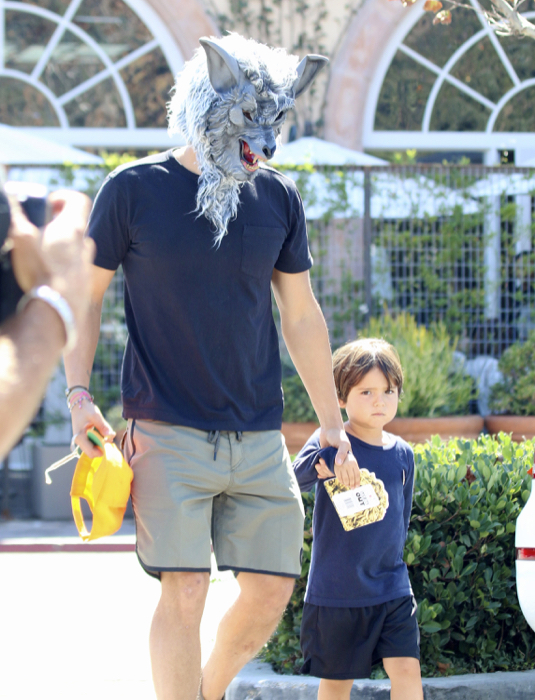 Orlando Bloom was spotted shopping with his son Flynn and some friends for Halloween costumes in Malibu, CA on Saturday (Oct. 3).

The Digging For Fire actor was in a silly mood and waved at photographers before exiting the Halloween shop with a werewolf mask over his face. He and his son laughed with friends while walking around.

Last week, Bloom spent time talking with Syrian migrant children and their families currently waiting for entry into Europe at a refugee reception center in Macedonia.

“These children have traveled through one of the deadliest refugee and migrant routes in the world,”  the UNICEF Goodwill Ambassador said in a press release. “I talked to children who endured terrifying journeys, often in extreme weather conditions and for many, walking in the only shoes and clothes they have.”

Bloom previously visited a Syrian refugee camp in April of last year near the Syrian-Jordanian border, and met families who were uprooted due to the country’s civil war and unrest.

He took on the role of Goodwill Ambassador in 2007.

Rachel Zoe: Motherhood is Everything & More