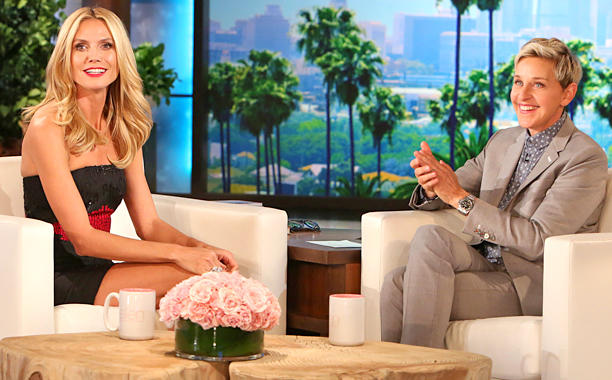 Heidi Klum just dealt with one of the most disgusting things of having elementary-aged children, a LICE outbreak!

While making an appearance on Wednesday’s episode 0f The Ellen DeGeneres Show, Klum revealed she and and her family  had just gotten over having lice.

“I’m actually lice-free now as of a few days ago,” the America’s Got Talent judge told.  “My daughter was itching and then she had to go to the nurse and then they looked and sure enough they found a little egg, and I mean they’re beyond small, so we had the lice fairies come over to our house.”

The mom of four also offered an explanation about what she calls the “ice fairies.”

“There are these fairies that come to the house and brush you for hours and get all of these lice out of your hair,” she joked. “They’re fairies. You do get a certificate from the lice fairies when you go to the school because the school wants to know.”

Tips for Introducing Twins to an Older Sibling