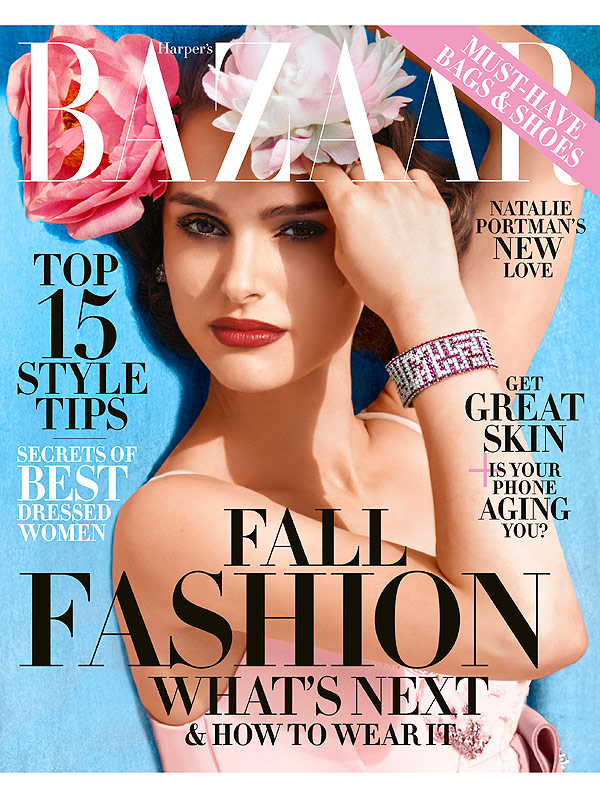 Natalie Portman covers the August issue of Harper’s Bazaar magazine while opening up about her family life with husband Benjamin Millepied and their 4-year-old son Aleph.

The A Tale of Love and Darkness actress reveals she asked fellow actress Cate Blanchett for some parental guidance.

She says Millepied is just as devoted to their family life as her.

“Most men I know are dealing with the same issues. They say they feel like if they work too hard they won’t have enough time with their families. Maybe those questions need to be asked of men, too. Maybe the men need better questions,” she said.

Portman, who has been residing in Paris for the past two years with her family, also shared the differences between living in Paris and the United States.

“It’s magical. But the cultures are different in ways you don’t even realize,” Portman shares. “And there’s stuff you don’t know you’ll miss until you’re away — like indoor gyms where kids can just run around an d jump. They don’t have those there. [In Paris], if you’re running around on the playground chasing your kid and playing a game, people think you’re nuts.”

To read the full interview pick the magazine up on newsstands.

The Beginning of My Journey to Conceive a Second Time