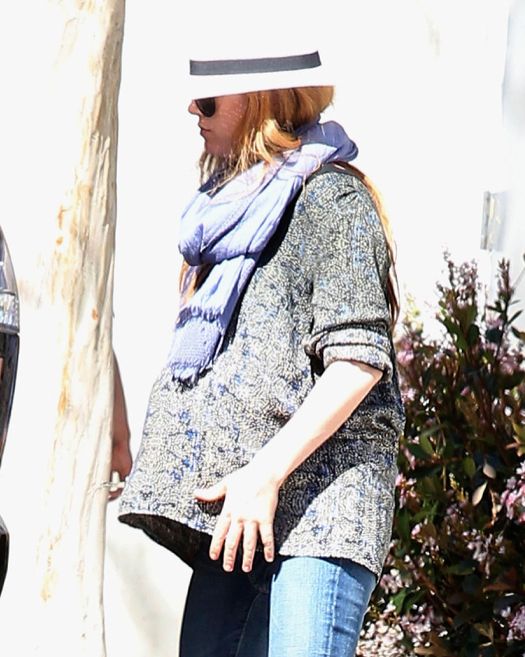 Isla Fisher was pictured running errands while out in Hollywood, CA on Thursday (March 12).

The pregnant Great Gatsby actress looked ready to pop wearing an oversized sweater and jeans. She accessorized her maternity look with a hat, scarf and black flats.

Fisher who suffered from severe morning sickness her first two pregnancies appears to be feeling better this time around.

“I gained 65 pounds with my first baby and 70 with my second,” she told Fitness Magazine last year. “I had severe morning sickness both times, so I mostly ate supersize bowls of white pasta with loads of butter and cheese because that was the only thing that took away the nausea.”

Fisher and her husband Sasha Baron Cohen are already parents to seven-year-old Olive and four-year-old Elula.

Jenna Dewan and Daughter Everly’s Star-Pattern Style – Get the Look for Less!