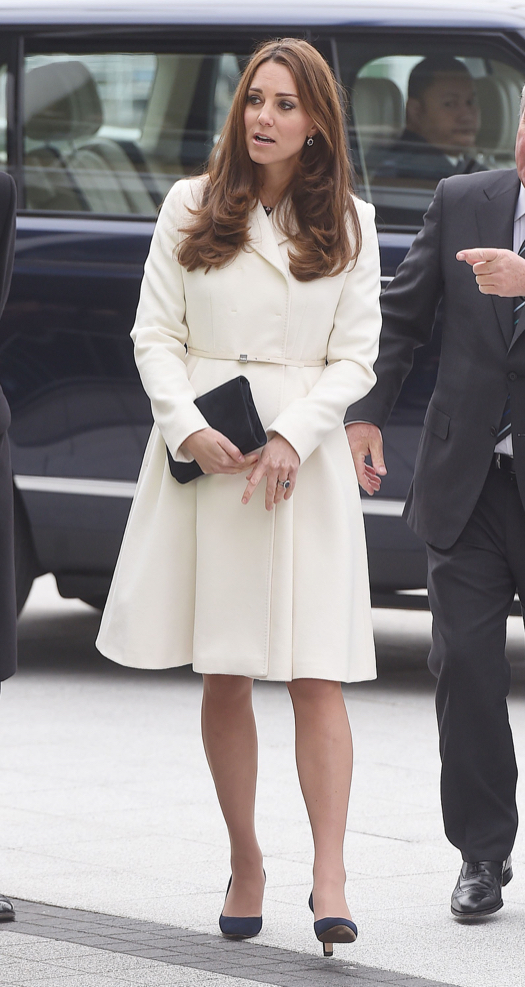 Kate Middleton made a public appearance to visit the new home of Ben Ainslie Racing and the 1851 Trust to view an art project by the local community in Portsmouth, England on Thursday ( Feb. 12).

The Duchess of Cambridge who is six months pregnant was dressed in a cream belted Max Mara Studio Gilles wool coat, and a pair of Jimmy Choo pumps.  She smiled warmly while chatting to waiters and taking part in the event.

The royal and Sir Ben Ainslie were charged with overseeing the mural wall painted by children from six local schools. The mural depicts the skyline from Portsmouth to Ryde and includes views of the Isle of Wight and the Solent.

Kate is a fan of  sailing and was with Sir Ben Ainslie when he launched his bid for 2017 America’s Cup glory at the Maritime Museum in Greenwich last June.

Angelina Jolie Touches Down at LAX