Katherine Heigl & Family Head to Utah For the Holidays 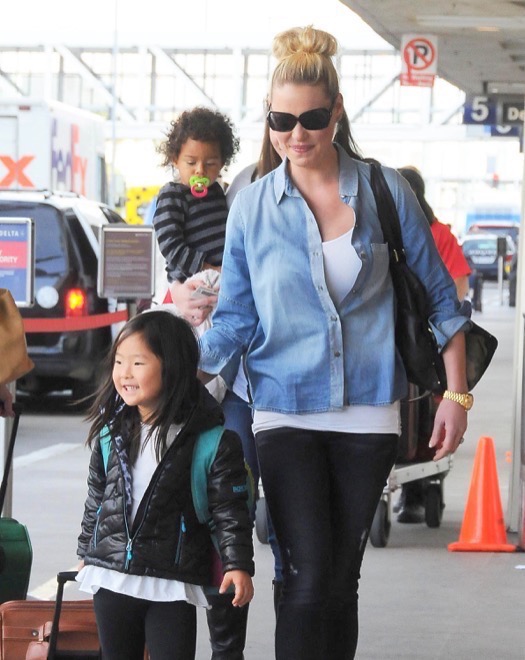 Katherine Heigl was photographed with her daughters Naleigh & Adalaide arriving to catch a flight at LAX airport in Los Angeles, CA Wednesday (Dec. 17).

The State of Affairs actress was dressed in a jean blouse, a white tank and dark jeans. She held her baby girl while waiting to go through security. Naleigh look excited to be heading on vacation while smiling for the picture takers.

During the holidays, Heigl and husband Josh Kelley head to their home Utah to spend some quality time with their daughters.

“[We’re] keeping it chill and mellow in our homes in Utah,” Heigl told People the first week of December.