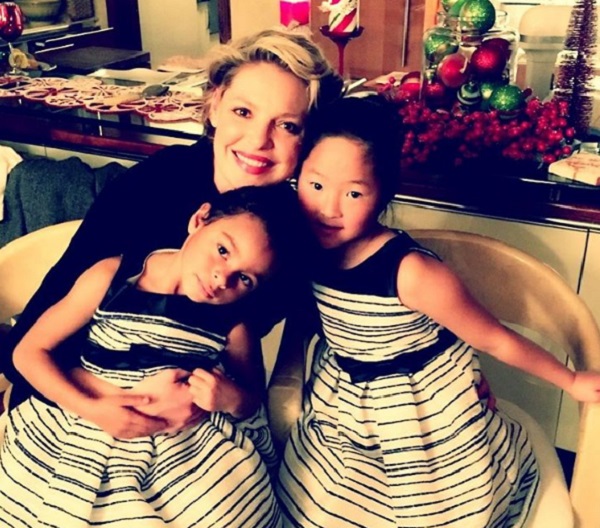 The holidays are full of special moments, and it was no exception and Katherine Heigl and Josh Kelley’s home this year.  Katherine Heigl shared a beautiful video on Instagram of her daughter Naleigh and Adalaide cuddled up at the piano with their talented musician dad Josh B. Kelley.

Katherine Heigl captioned the precious video, “Daddy/daughter work session. How @joshbkelley comes up with new material! I think they’re on to something! #daddysgirls#thoseheavenlydays #badlandsranch.”

Katherine Heigl’s hubby Josh Kelley is a talented singer and songwriter.  After a few top 20 hits, Kelley decided to pursue a career in the country music genre.  In early 2016 Josh announced on social media that he was releasing a new album, “New Lane Road.”  Kelley explained that his new music is “Kind of a snapshot” of his and Heigl’s life in Utah.

Heigl and Kelley got quite the shock in 2016.  The couple believed they could not conceive, so they adopted daughters Naleigh and Adalaide.  Then, to their shock, Katherine learned that she was pregnant.  Heigl and Kelley announced the amazing news in June 2016, and the actress’ due date is right around the corner, their baby boy is expected to arrive in January 2017.

The holidays were extra special this year for Katherine Heigl and her family.  Heigl’s mom Nancy threw her a holiday-themed baby shower in December.

Katherine shared the details of the event on her personal blog and the actress wrote, “I loved that my mom involved me and that I got to contribute my ideas. I’m kind of a control freak on occasion … okay, more often than not, so getting to have a voice when it came to the shower was pretty awesome for me!”