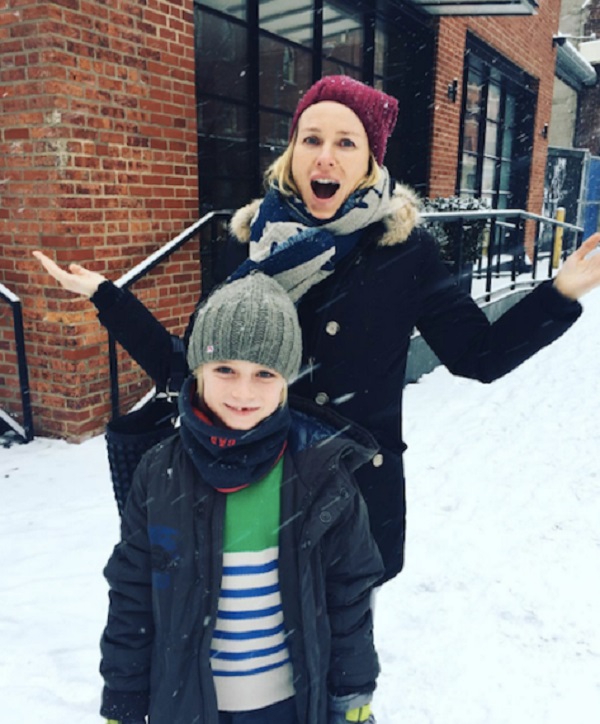 Naomi Watts doesn’t seem to mind Winter one bit.  The talented actress took to Instagram and shared an adorable photo of herself and her son Kai enjoying the snow.  Watts captioned the sweet snapshot, “Happy for the snow today.”  Naomi certainly knows how to enjoy the small things in life!

In 2015 Liev Schreiber and Naomi Watts announced that they had split, however they made it clear that their sons Kai and Sasha would be their first priority and they have done an amazing job of keeping a united front for the sake of the kids and have been co-parenting like pros.

It’s not surprising that Naomi Watts and Kai are excited about the snow, Naomi spent the holidays in Mexico with her boys, hitting up the beaches and soaking up the sun and sand in Cancun.

Naomi Watts rang in the new year in Mexico with Sasha and Kai.  The actress took to social media and shared this message with her followers on New Year’s, “Farewell 2016 #happynewyear to everyone!!!  Bring on #2017 love from #Mexico #nye.”

Kai and Sasha are growing up so fast!  And, we’re grateful that Naomi shares so many personal photos and moments on social media so that we can keep up with her growing boys!