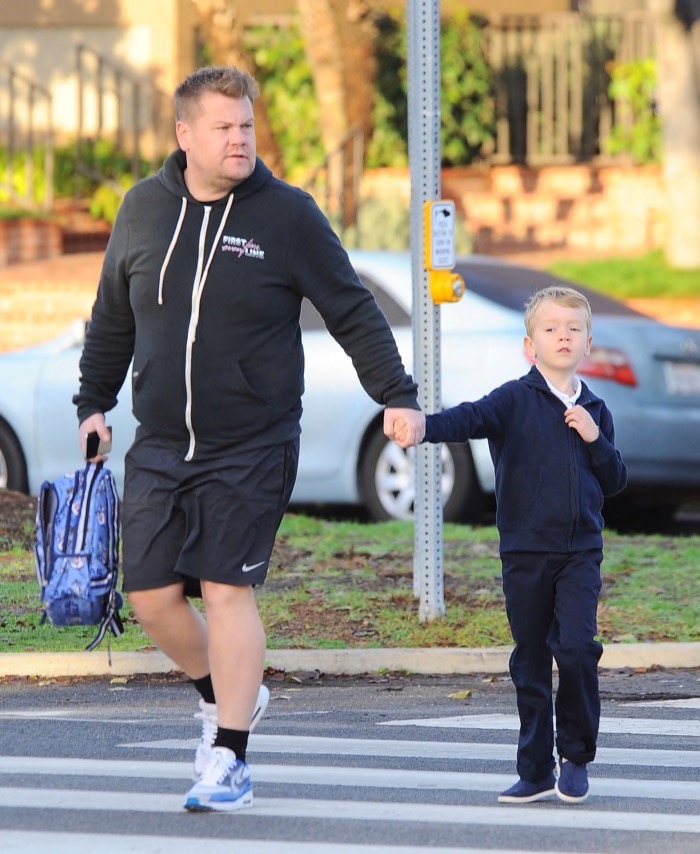 James Corden was spotted out and about with his son Max in Los Angeles, CA on Friday (Jan. 6).

The Late Late Show with James Corden host was dressed casually in a black hooded sweater, Nike shorts, and runners. He carried his son’s school bag while holding his hand as they crossed a crosswalk.

It was recently revealed that Cordon will be hosting the 59th Annual GRAMMY Awards in February 2017.

“Thanks to ‘Carpool Karaoke,’ we’ve all been on some incredible rides with James, and The Recording Academy couldn’t be more excited to welcome his passion and enthusiasm for music, both as an entertainer and a fan, to the GRAMMY® stage on Feb. 12,” said Recording Academy President/CEO Neil Portnow said in a statement Tuesday.

The star is married to Julia Carey.

The also have a 2-year-old daughter named Carey.

10 Ways to Spend Valentine’s Day with Your Child