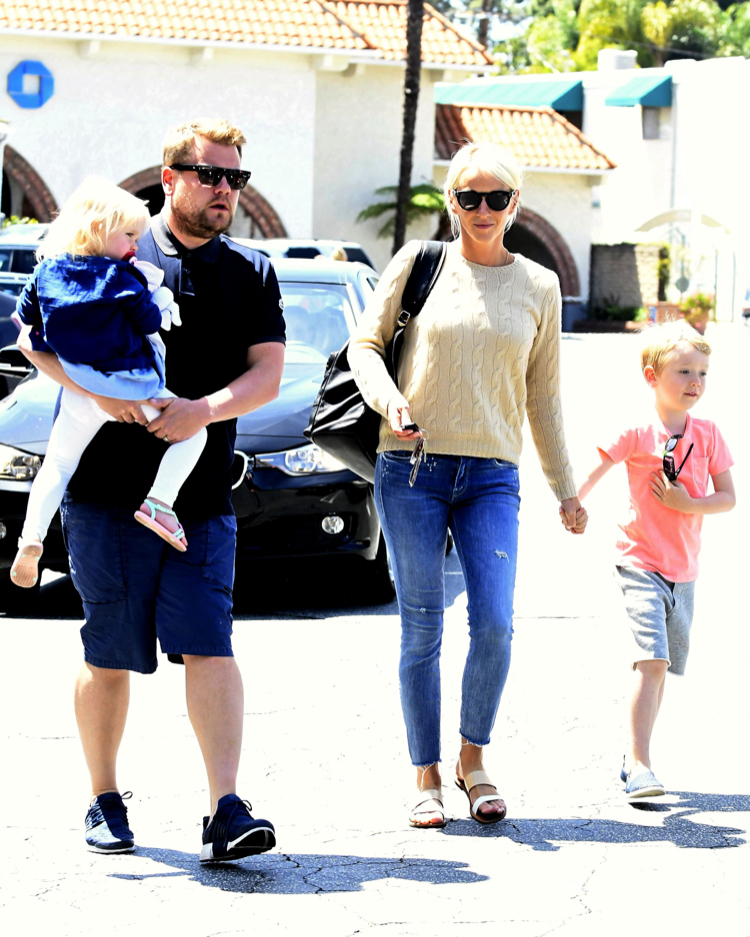 James Corden was photographed having lunch with his Julia and their children Max & Carey in Los Angeles, CA on Saturday (April 15).
The Late Late Show host was dressed in a navy polo shirt, matching cargo shorts and running shoes. He carried his daughter while they family left the restaurant.
It was recently announced that Corden will host a brand new Carpool Karaoke primetime special on CBS in May.

According to Variety, the special will feature an all new Carpool Karaoke, Toddlerography, as well as some of Corden’s favorite moments from past episodes of  The Late Late Show.

Guests for the special have yet to be announced.