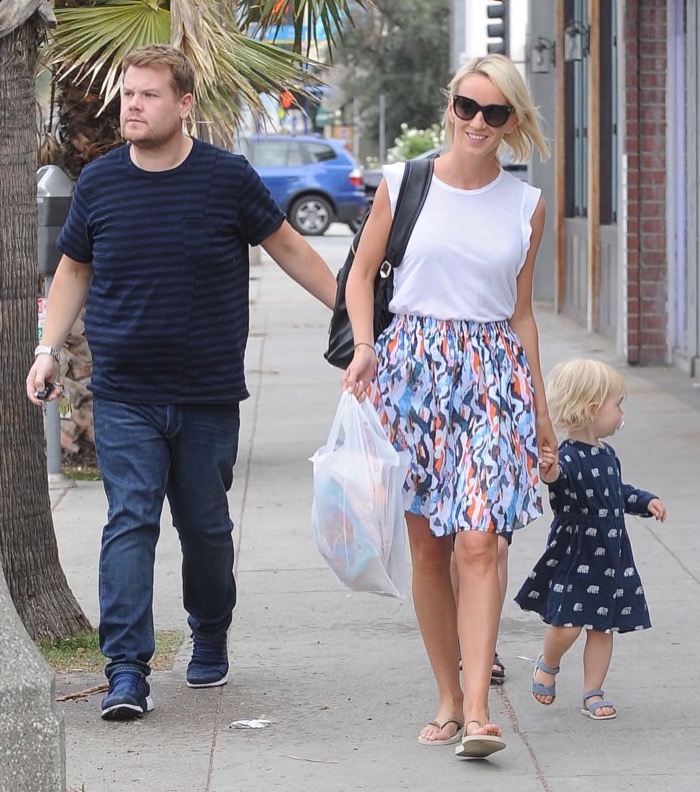 The late night host was dressed in a striped t-shirt, blue jeans, and running shoes. He walked alongside his son while his wife held their daughter’s hand.

Cordon recently spoke about his career and if he sees himself branching out to different ventures after the success of The Late Late Show on CBS.

“I have days when I think this might be the very thing I was born to do, and I have other days where I think, ‘Well, if that’s the case, it’s the very thing you’re born to do and you’ve done it. Wouldn’t it be wonderful to take one’s self out of your own comfort zone and do something else?” Corden said. “I’m very pleased that I don’t have to decide today [on the show’s future] because I don’t know if I’ll be able to. Right now, there is nowhere else I’d rather be than in this city, in this country, making this show. It’s not lost on me how lucky I am to be doing such a thing.”

Cordon is turning Carpool Karaoke into a series for Apple, and developing a Drop the Mic series for TBS.

He and his wife married in September 2012.