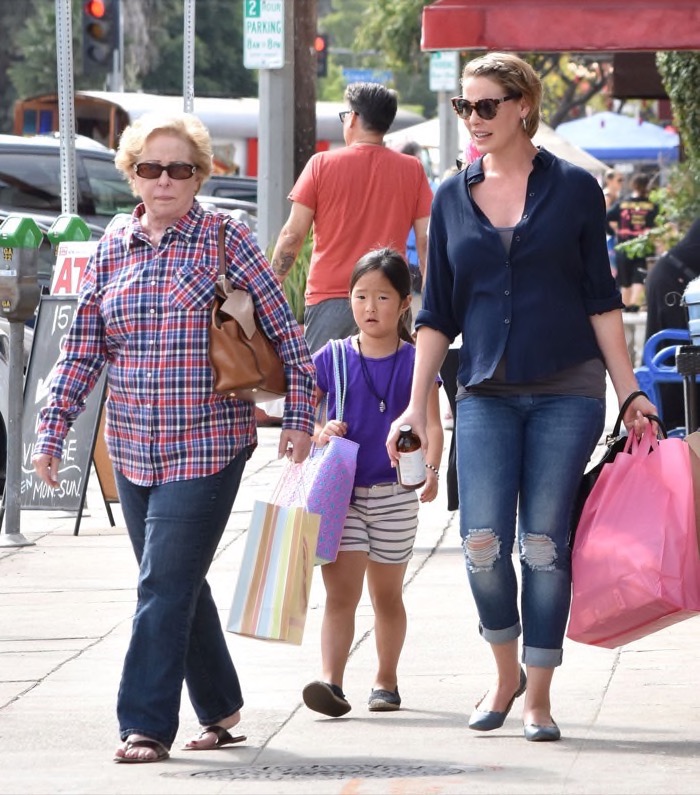 Katherine Heigl was spotted shopping with her mother Nancy Heigl and daughter Naleigh Kelley in Glendale, CA on Sunday (Oct. 23).

The pregnant Doubt actress was dressed casually in a blue button-up blouse, a grey tank and ripped ankle jeans with flats. She carried a bag and drink while walking next to her daughter and mom.

On the same day, Heigl’s husband Josh Kelley was also spotted out with their younger daughter Adelaide.

Heigl recently explained that her cravings are on another level.

“The sugar thing has been really bad, and I’m not generally a sugar person,” the actress admitted. “I mean, on occasion I’ll have dessert, but every day—I mean, if you put a cinnamon roll in front of me, it could get ugly.”

In other news, it has been reported that Heigl may reprise her role as Izzie Stevens for Grey Anatomy’s 13th season.