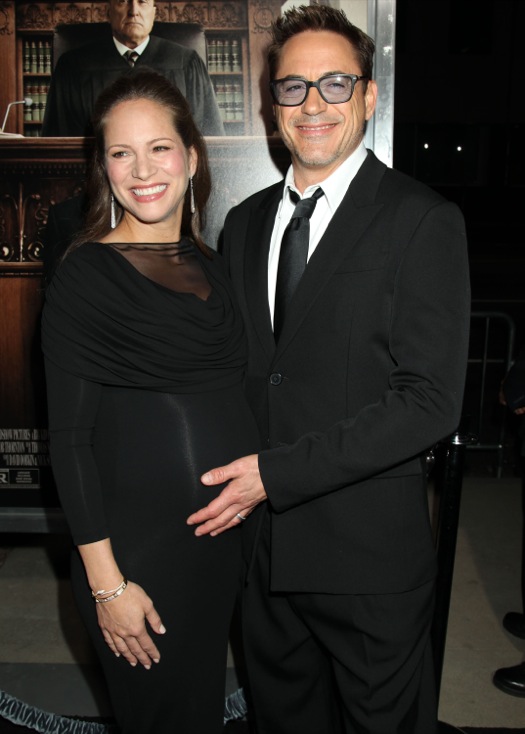 Robert Downey Jr and his wife Susan walked the red carpet of The Judge Premiere held at the The Sammuel Goldwyn Theatre in Beverly Hills, CA on Wednesday (Oct. 1).

The Iron Man actor beamed while cupping his pregnant wife’s bump for photographers while posing for pictures. She wore a fitted black dress.

In rare interview, the couple who are already parents to son Exon opened up on how they combine working together with their relationship.

“Our feeling was, if we wanted to spend time together, have a life together, then we should just go ahead and make movies together. That’s the whole idea for Team Downey,” Susan explained of their production company. “Before I met Susan, I didn’t even know what producers did, except yell at you when you did something they didn’t like. Now that I understand what they do, she’s the only one I want,” Rob added.

In The Judge, Downey plays a ruthless big-city attorney who returns to his childhood home for his mother’s funeral and ends up staying for a while after his estranged father, a local judge played by Robert Duvall, gets arrested for vehicular homicide.

Brad Pitt: I Feel Like The Richest Man Alive Since I’ve Become a Father.