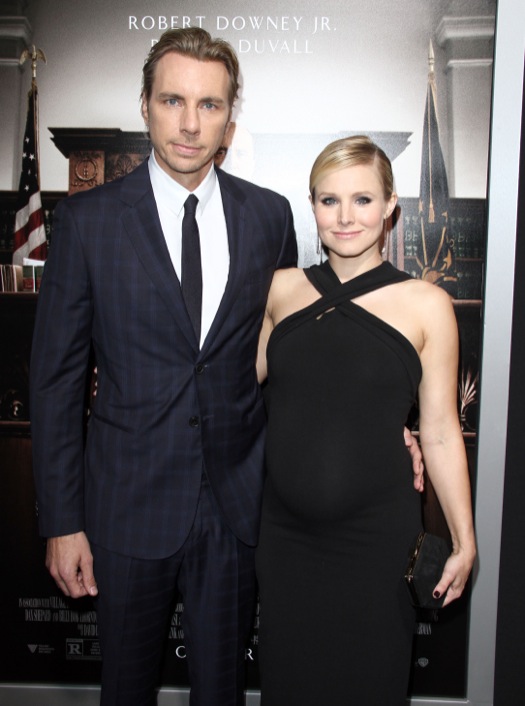 Kristen Bell and her husband Dax Shepard attended the Judge Premiere held at the The Sammuel Goldwyn Theatre in Beverly Hills, CA on Wednesday (Oct. 1).

The Frozen actress wore a black fitted DSquared2 dress with Brian Atwood shoes and a Salvatore Ferragamo clutch. Shepard wore a navy suit while affectionately embracing her for pictures.

The couple, who are already parents to daughter Lincoln revealed this past June that they are expecting their second child.

“I can confirm that Kristen and Dax are expecting their second child and a sibling for Lincoln,” their rep told Entertainment Tonight. “The whole family is beyond excited.”