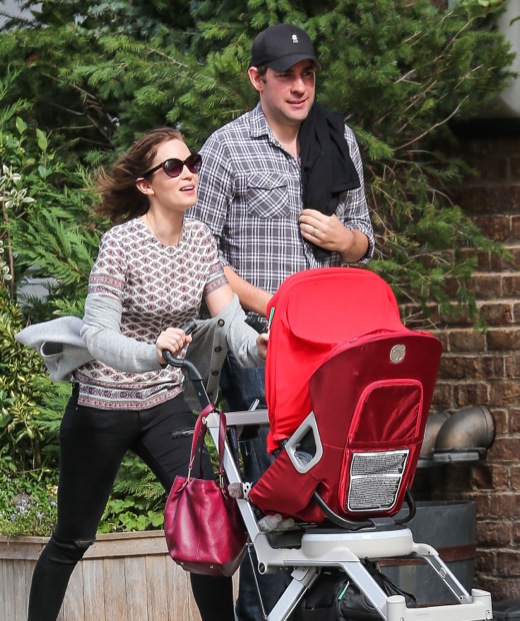 Emily Blunt and John Krasinski were spotted out for a stroll with their daughter Hazel in New York City on Saturday (Oct. 18).

The Edge of Tomorrow actress was dressed in a sweater, blouse and black jeans. She was all smiles as she shared a laugh with Krasinski while pushing the baby in a red stroller.

Speaking to Harper’s Bazaar, Blunt revealed how she has become a stronger person since welcoming her daughter.

“I think when you become a mother, you inherit a strength you’re not even aware of. I know it’s something John’s mentioned to me. He thinks I’m so much stronger now,” she told.

She and Krasinski married in 2010.

Your Pregnancy Chocolate Craving…because you can?