Your Pregnancy Chocolate Craving…because you can? 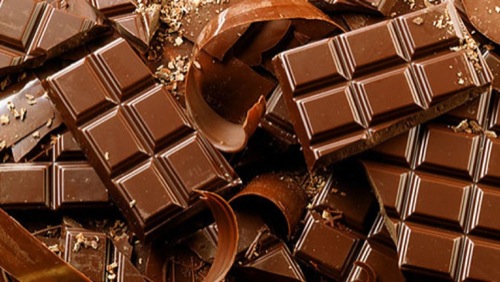 Science is bursting my mom-to-be bubble as researchers conclude there is nothing biological behind our chocolatey pregnancy cravings.

Apparently, the reason women indulge in chocolate during pregnancy, is because it is perceived as a period when it is “socially acceptable” to do so without feeling guilty.

Psychologist Natalia Orloff debunks a number of ideas. She dismisses the idea that women crave the caffeine or  other nutrients in chocolate. She also debunks the “eating for two” theory because cravings start int he first trimester – long before any major growth and demand for nutrients.

In the paper, Orloff explains how conflicting feelings may increase our chocolate cravings. She says:

Ambivalent feelings toward chocolate and similar foods are likely to be especially common in women who are exposed to a culture that promotes largely unrealistic ideals of female beauty while at the same time providing easy access to large quantities of highly palatable and calorically dense foods.

She goes on to explain:

Evidence suggests that efforts to avoid foods that cause these conflicting feelings may have the paradoxical effect of increasing the likelihood of craving.

‘The result is a sort of ‘vicious cycle’ of alternating restraint and overconsumption or binge eating.’

Until more is known about why we have the cravings we do, we can only listen to our bodies and try our best to make good choices. What we can also do – is let go of societal pressures, focus on health over standards of beauty…and find joy in the occasional indulgence (pregnant or not).