Sarah Jessica Parker Strolls in the Big Apple With Her Daughter 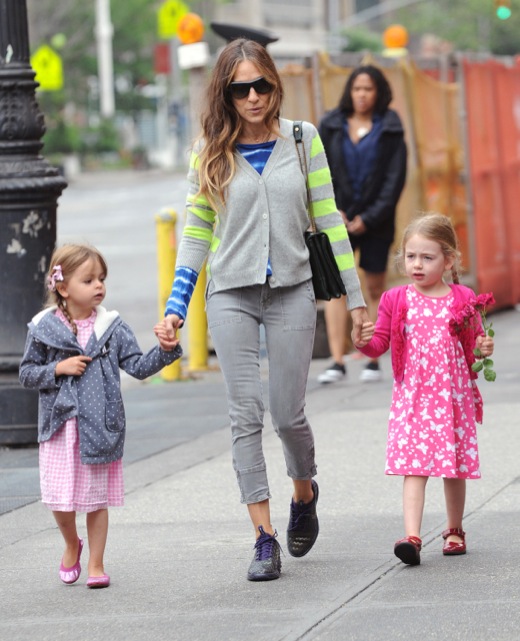 Sarah Jessica Parker was photographed taking Marion and Tabitha for a walk in Greenwich Village in New York City on Thursday (June 12).

The Sex and the City actress was dressed casually in a grey sweater and matching jeans with running shoes. She held the hands of her daughter’s who were dressed up in cute pink dresses.

The mother of three presented an award to HBO’s Michael Lombardo and recalled her Sex and the City days, saying she was proud to call Lombardo a friend who always treated her well during the show’s run.

Mila Kunis: I Love Being Pregnant