Mila Kunis: I Love Being Pregnant 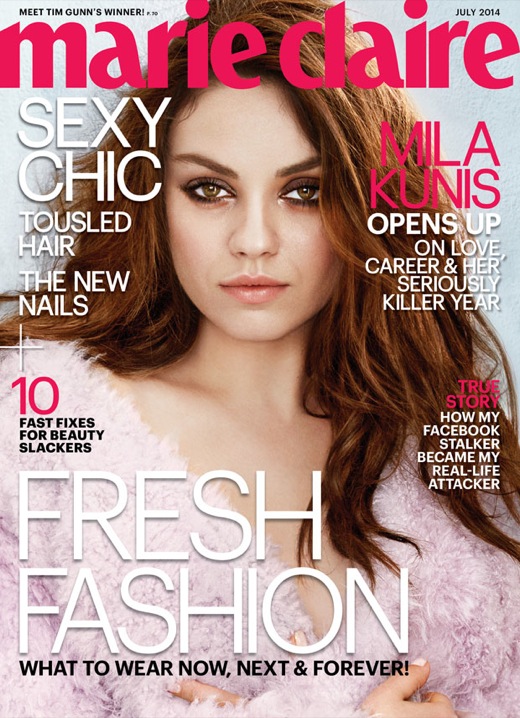 Covering the July 2014 issue of Marie Claire, Mila Kunis opens up about her pregnancy and building a future with her fiance Ashton Kutcher.

“Without being an a–hole, I have to say, I love being pregnant,” she told.

Kutcher will be right by her side when she gives birth.

“Two people are allowed in my delivery room,” she shared. “My doctor and my significant other. And he is staying above the action. He’ll be head to head. Not head to vag. Unless he wants to risk his life and see.”

The Black Swan actress also told the mag that she has been enjoying certain side effects of pregnancy.

Speaking of her relationship with Kutcher, Kunis said:

“One day, it just changed,” she said. “All of a sudden, it wasn’t the same. And I was really proud of myself for acknowledging that.” The That ’70s Show costars dated for two years before Kutcher proposed in January 2014. Recalled Kunis of the moment: “The best day of my life so far was the proposal. I cried. I was a mess.”

Pick up Marie Claire on newsstands to read the full interview.

Sarah Jessica Parker Strolls in the Big Apple With Her Daughter