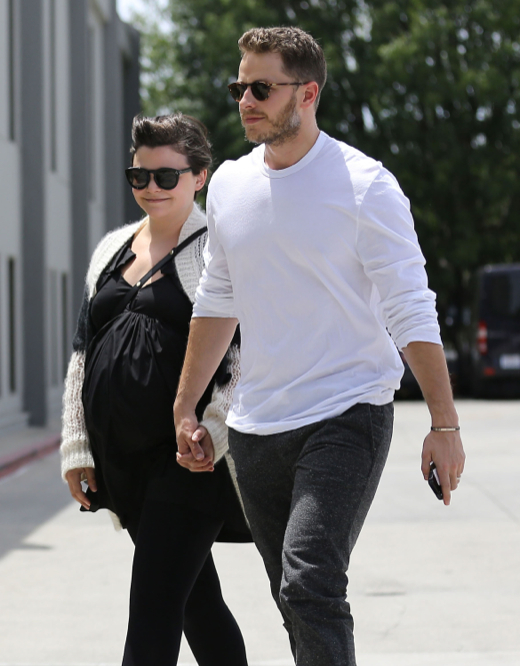 Ginnifer Goodwin and her husband Josh Dallas were photographed heading to a medical building before enjoying lunch together in Los Angeles, CA on Monday (May 5).

The Once Upon a Time actress was dressed in a knit sweater, black maternity top and black tights. She held the hand of her co-star who looked casual in a white tank and pants.

While appearing on Jimmy Kimmel Live! in April, Goodwin opened up about her pregnancy.

“There’s like, a Cirque du Soleil performance,” she said of her baby moving in her stomach. “It’s like alien stuff.”

Her rep confirmed she was pregnant in November.

Goodwin and Dallas married in a intimate ceremony on April 12.