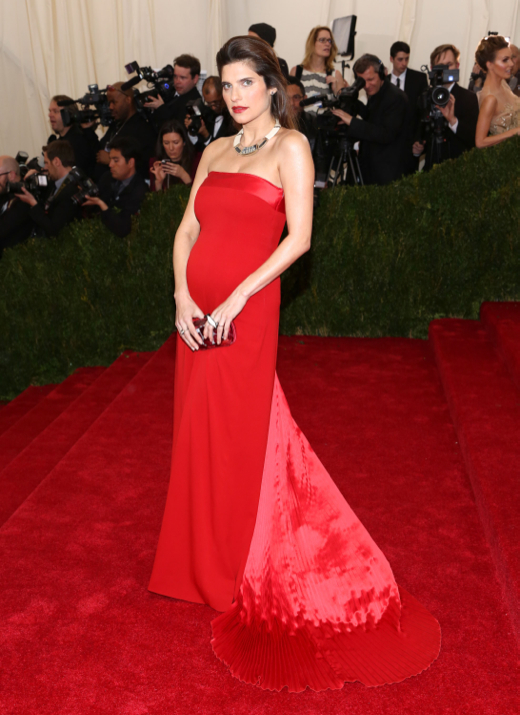 Lake Bell and her husband Scott Campbell attended the Charles James: Beyond Fashion’ Costume Institute Gala at the Metropolitan Museum of Art in New York City on Monday (May 5).

The Million Dollar Arm actress showed off her tiny bump in a bright red Tommy Hilfiger gown. She posed alongside Campbell who looked dapper in a suit.

“You can overthink it. I was just sick and tired of hiding it,” Bell told People at the event. “You don’t have to pose for a photo and suck in,” she said. “You can just relax and let it just accentuate your belly.”

Bell and Campbell were married at the Marigny Opera House in New Orleans.