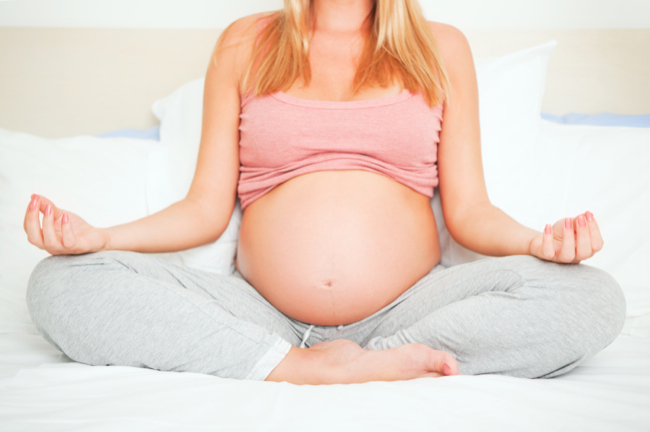 Yoga has now been found to reduce the risk of anxiety and depression during pregnancy. In the first study to demonstrate the effects of yoga on mood, researchers from the University of Manchester have proven what medical professionals have previously, only assumed about its effect on pregnant women.

We have long believed that it works but no research had been done to back up the theory. We have now gone some way to prove that it can help. This has the potential to really help mothers who are feeling anxious about their pregnancy.

In the study, women who attended one yoga class a week for eight weeks were found to have decreased anxiety scores compared to those who received normal antenatal treatment.

A SINGLE session was found to reduce anxiety by one third and stress hormone levels by 14 per cent. Similar findings were made at both the first and final session of the eight week course.

Professor John Aplin, one of the senior investigators in Manchester (and a long standing yoga
teacher as well) said:

Yoga incorporates relaxation and breathing techniques with postures that can be adapted for pregnant women. Many women opt to practise yoga during their pregnancy but this is the first worldwide report on the effects of both single and multiple sessions of antenatal yoga on mood.

The results confirm what many who take part in yoga have suspected for a long time. There is also evidence yoga can reduce the need for pain relief during birth and the likelihood for delivery by emergency caesarean section.

The first session of the study had a really big impact on the women taking part and it continued throughout. It’s a very special thing. There are so many benefits.

She also mentioned the potential of such research in paving the way for national insurance coverage for pregnant women and antenatal yoga classes.

To read more on the benefits of yoga during pregnancy, click here.  And keep in mind what doctors had to said about hot yoga during your first trimester by clicking here.