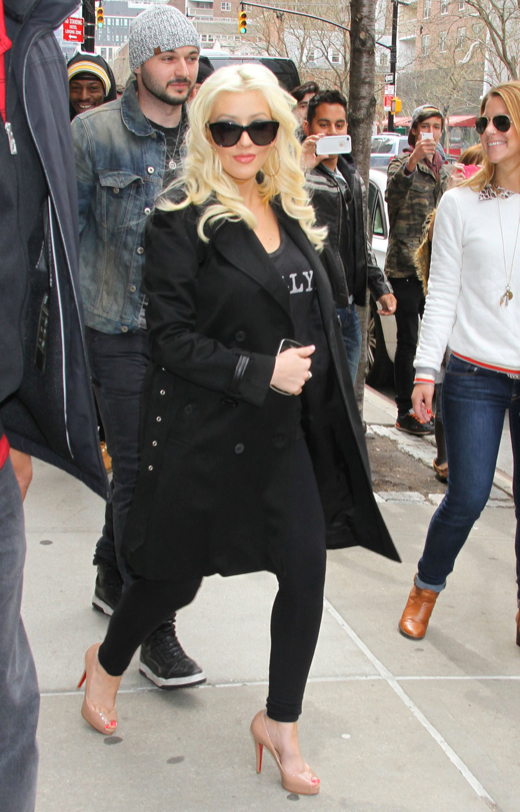 Christina Aguilera was pictured leaving her hotel with her fiance Matthew Rutler in New York City on Friday (April 18).

The pregnant singer was dressed in a black trench coat, a matching tank and tights with beige pumps. She happily signed photographs for her fans before heading to a chauffeured car.

Aguilera took to her Twitter page to debut her tiny baby bump while in New York City.

While performing in Malaysia in March, Aguilera officially confirmed her pregnancy and announced she will give birth to a baby girl.