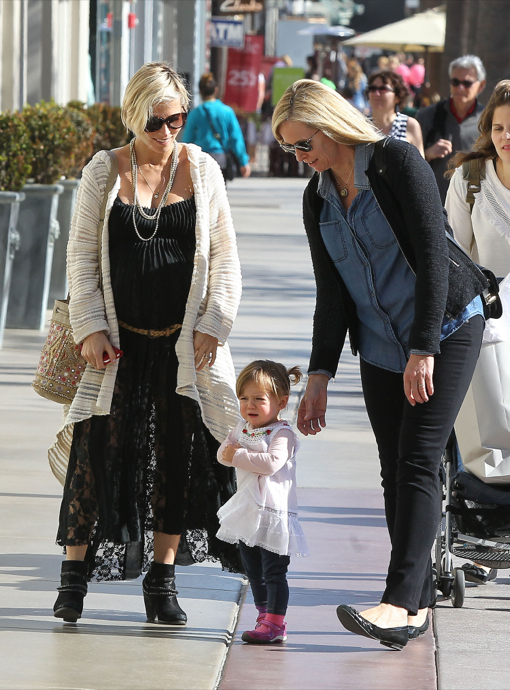 The pregnant Fast Five actress showed off her huge bump in a back bohemian dress with a belt clasped around her hips. She shopped for fancy cookware before taking a stroll with the baby.

Hemsworth recently admitted that he will be taking on less roles to spend more time with his family.

”I’ve been working solidly for a couple of years now, to the point where I have to slow down and spend some time with my family…’You spend so long having your hand up, saying ‘C’mon, c’mon–pick me!’ there is a fear of saying no to things. It’s bred into you. I get s**t sent to me and I think, ‘ I should probably just take this.’ But now I try to say, ‘Hold on–do you even like it? ‘ I do have a little control now. That’s the transition–I’m not at the mercy of someone else so much. That’s just as scary as it is liberating,” he told Bang Showbiz.

Angelina Jolie: All Smiles With Maddox Before Catching a Flight to London