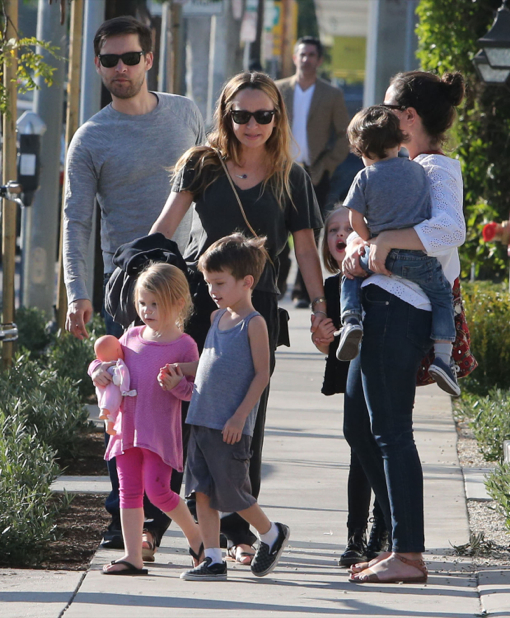 Tobey Maguire and wife Jennifer Meyer take their kids Ruby and Otis out for lunch with friends in West Hollywood, CA on Saturday (Jan. 25).

The Pawn Sacrifice actor was dressed in a grey sweater and jeans. He followed behind Meyer who was trying to guide the hand-holding youngsters in the right direction.

Tobey is currently staring in IFC’s newest original comedy miniseries, The Spoils Of Babylon, a tale of love, betrayal, corruption, and bloodshed.

The miniseries premiered on January 9.