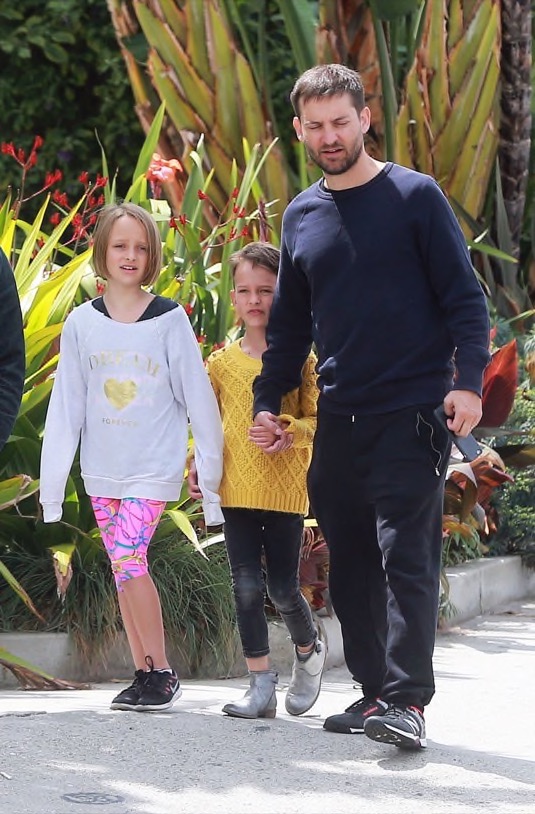 Tobey Maguire was pictured taking his kids Ruby and Otis out to lunch with a friend in West Hollywood on Sunday (April 10).

The Pawn Sacrifice actor was dressed in a navy sweater, sweat pants and runners while he held his son’s hand on the way to the restaurant. His daughter walked besides them.

Maguire has let up on his acting career to spend more time with his children and to work behind the camera as a producer.

He recently produced 5th Wave, a science fiction thriller expected to be released next year.