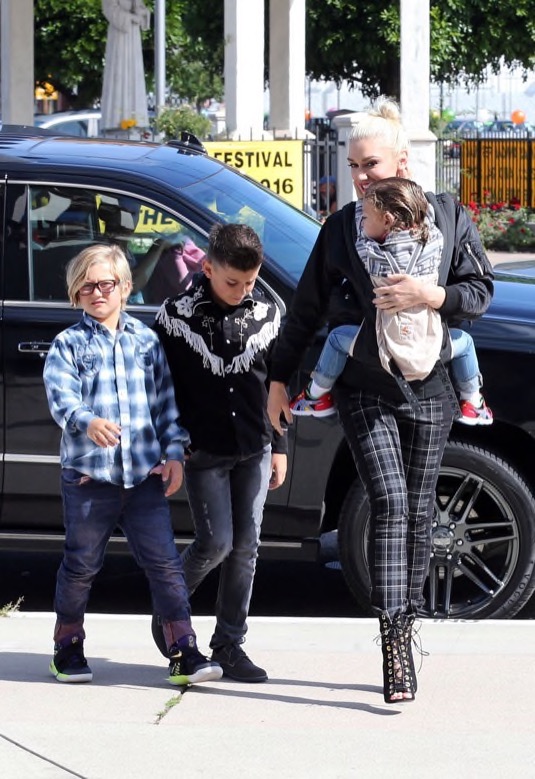 The Voice mentor dressed stylishly in a bomber jacket, plaid pants and lace up heels. She baby wore Apollo while guiding her two other boys into the church for service.

Stefani’s recent solo return to singing has been met with success. Her new album This Is What the Truth Feels Like debuted as her first No. 1 album as a solo artist on the Billboard 200.

“I was so scared and insecure and thought it was over for me,” Stefani told Vanity Fair about being unable to write songs at the end of her 13-year marriage to Gavin Rossdale. “I think the hardest thing I did,” she adds, “was to get out of bed and go to the studio”

The No Doubt singer is currently dating Blake Shelton.

The two have been dating since last November. They have attended celebrity events and weddings together and promoted each other’s music on social media.