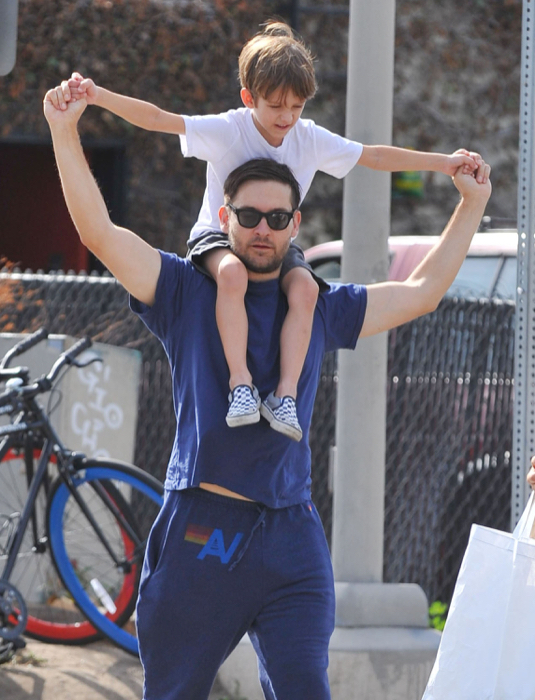 Tobey Maguire and his wife Jennifer Meyer enjoyed lunch with their children Otis & Ruby in Venice, CA on Saturday (Oct. 24).

The Great Gatsby actor was dressed in a blue t-shirt and cut-off sweat pants while giving his son a piggy back ride after lunch. While waiting for their car, Meyer took pictures of the father-son duo.

Maguire who hung up his Spiderman boots in, 2007 recently decided to put his acting career on the backseat. He prefers working behind the camera and started up his own product company, Material Pictures.

He recently produced 5th Wave, a science fiction thriller expected to be released next year.