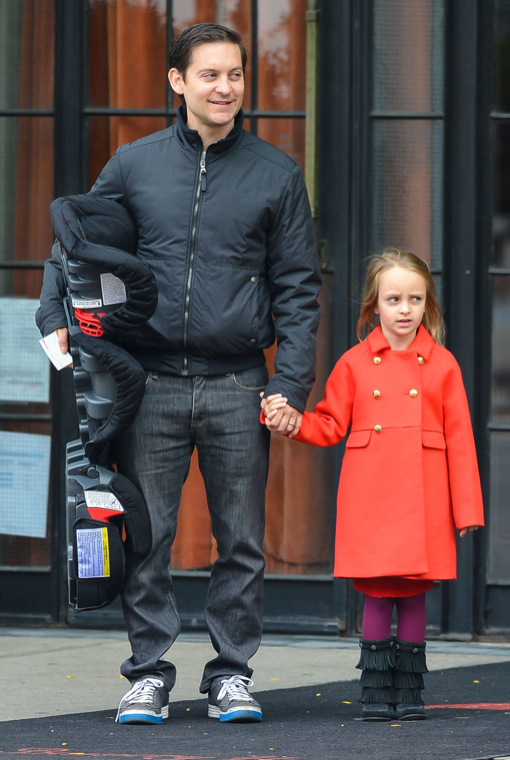 Tobey Maguire and his daughter Ruby were photographed waiting outside the Bowery Hotel for Leonard DiCaprio in New York City on Saturday (Nov. 9).

The Labor Day actor was dressed in a black jacket, dark jeans and running shoes while holding a booster seat. Once Leo got there he carried the youngster to the car.

Maguire and DiCaprio have been friends since they were both struggling actors in Hollywood.

“I have a great relationship with them, they’re the best, those kids,” Django Unchained actor told Access Hollywood of Maguire’s children.

The two actors recently worked together on the hit film, The Great Gatsby.